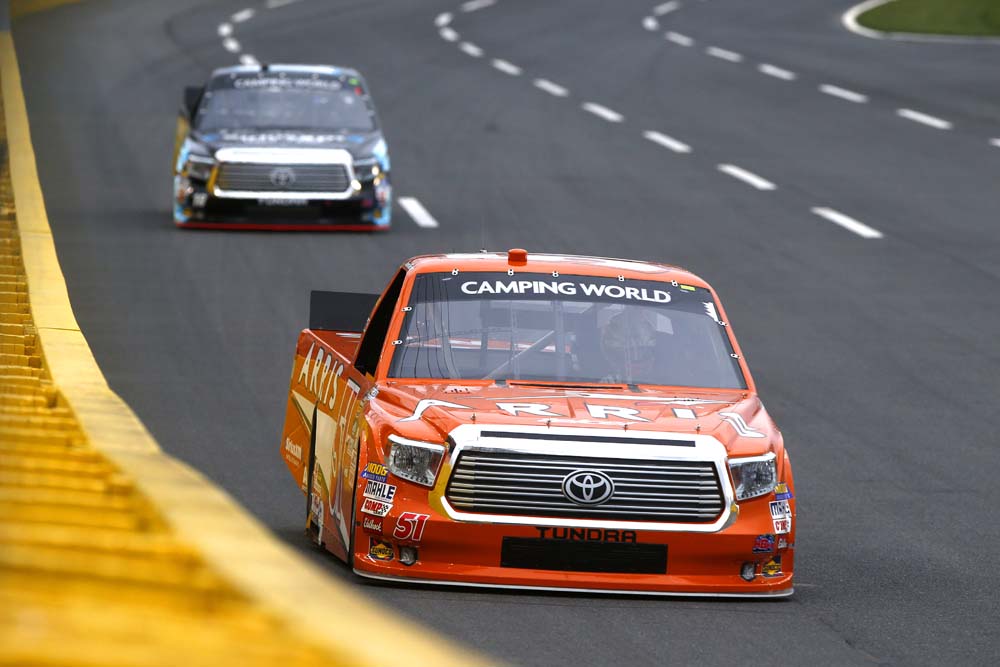 Daniel Suárez: “I’m looking forward to Friday night and getting back behind the wheel of my ARRIS Tundra. We had a pretty good run last week in Martinsville, so hopefully we can continue to carry that momentum over to this weekend. We’ve had back-to-back runner up finishes at Texas the last two times we’ve run there in the trucks, so I would like nothing more than to get over the hump and get our first win on Friday night.”

Bono Manion: “I’m looking forward to Texas and racing under the lights on Friday night. We had a pretty solid weekend at Martinsville, so hopefully we can carry some of that momentum over to Friday. Texas (Motor Speedway) is a really tricky track to get right, so we will spend Thursday working on our setup and hopefully getting our ARRIS Tundra dialed in for the race. Everyone on this ARRIS team has been working extremely hard and I think we have a great shot at getting to Victory Lane on Friday night.”