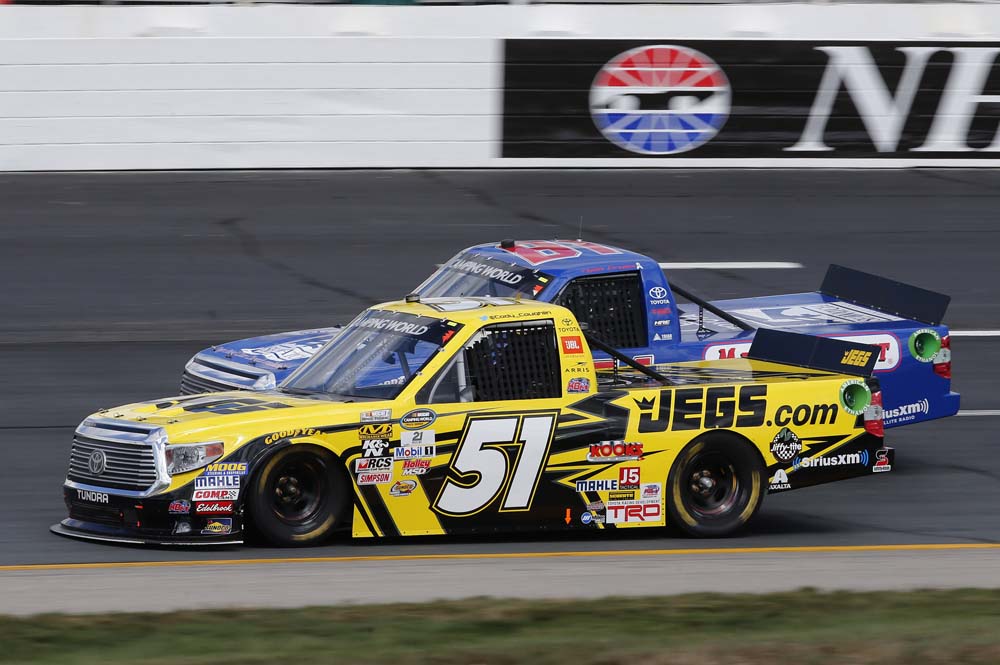 Coughlin’s Kyle Busch Motorsports crew chief Kevin “Bono” Manion made a strategy call to get the 20-year-old driver track position. Coughlin stayed out when the rest of the field pit to become the leader of the UNOH 175. The No. 51 JEGS.com Toyota Tundra ran fourth for the majority of the next green flag sequence.

While racing in the top-10 late in the race, Coughlin’s machine ran out of fuel. Coughlin fell two laps down and eventually finished 20th after starting 16th.

The big positive is that Coughlin proved to the all who watched the race, and himself, that he can run up front and be competitive. 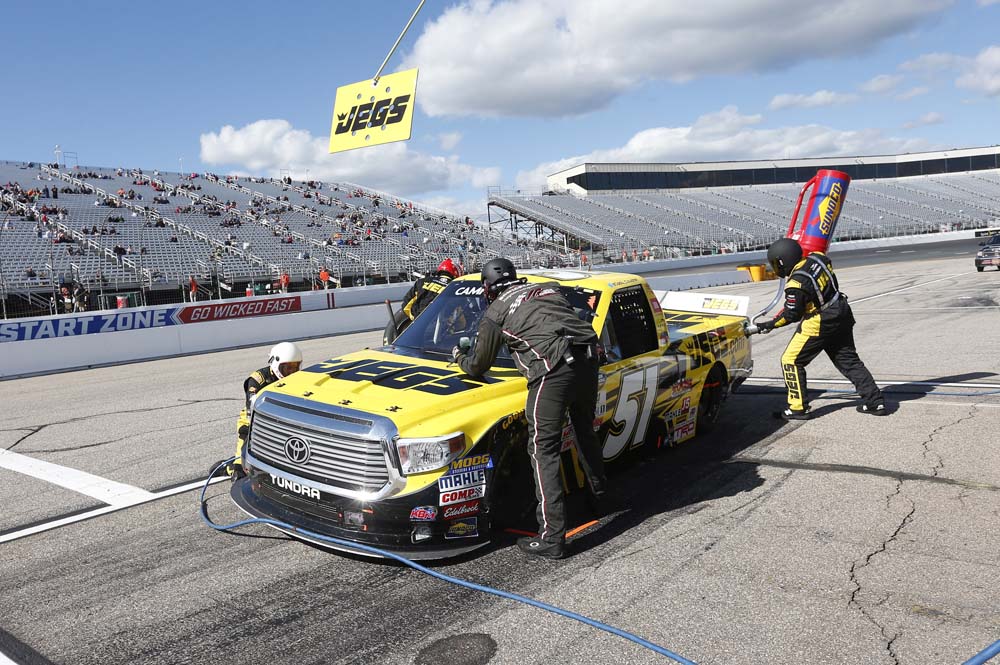 “I enjoyed being up front,” Coughlin said. “Bono made a great call to get us up there. It almost worked out, but I learned I can run with those guys and also learned what clean air feels like on the nose of one of these trucks. Overall it was a good day even though we didn’t get the finish we wanted or deserved.”

Coughlin will be back behind the wheel of the Kyle Busch Motorsports truck next weekend at Las Vegas Motor Speedway on Saturday night, but first Coughlin has his Late Model championship quest to concentrate on.

The Delaware, Ohio native heads to the Lucas Oil Raceway in Brownsburg, Indiana for the CRA Fall Brawl event. Coughlin will race two races in one day on Sunday. He will race 100 laps in the ARCA/CRA Super Series event and JEGS/CRA All-Stars Tour event.

“I’m looking forward to Sunday in Indianapolis,” he said. “I’m sure Jack (Smith, crew chief), Kevin (Hamlin, team manager), Scott (Wimmer, spotter) and Dave (Holt, crew member) will give me two good cars like they always do. I’m really thankful to have all of them on my team. I also have to thank Kyle and Samantha Busch for giving me the opportunities to drive their trucks. I’m also really thankful for the endless support from my parents (Di and John) and my sister Kennedi who came to New Hampshire for today’s race.”