Coughlin Hoping for Magic at the Magic Mile on Saturday 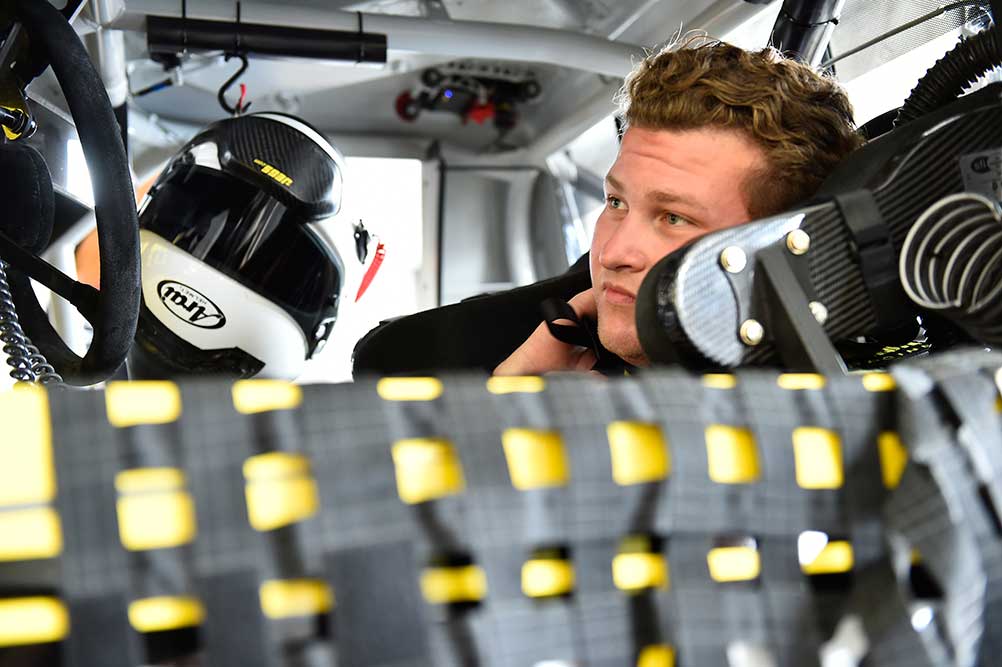 Cody Coughlin and the No. 51 JEGS.com Kyle Busch Motorsports team are headed to the Granite State of New Hampshire for the UNOH 175 NASCAR Camping World Truck Series race on Saturday afternoon.

The 20-year-old driver will be starting his first race at the “Magic Mile” of New Hampshire Motor Speedway.  The race will be his eighth start in the NASCAR Camping World Truck Series.

While Coughlin has yet to turn a scored lap at the 1.058-mile oval in Loudon, New Hampshire, Coughlin already has quite a few laps under his belt there.  Coughlin and his KBM teammates took part in a test in August and collectively turned close to 300 laps, the same distance as Sunday’s NASCAR Sprint Cup Series race.

Coughlin’s best NCWTS finish so far was a 13th-place run at Pocono Raceway in July, but his best run came last month at the Michigan International Speedway. Coughlin ran in the top 10 for much of the race before engine issues left him with a top 20 result.

Coughlin will pilot chassis KBM-34.  Coughlin drove this truck at the August test session.  The last time KBM-34 raced was at Martinsville Speedway in March.  The boss, Kyle Busch, took it to victory lane.

The UNOH 175 race weekend at New Hampshire Motor Speedway for the NASCAR Camping World Truck Series kicks off on Friday, September 23 with two practice sessions. The first session begins at 1:30 p.m.  Final practice begins at 3:30 p.m.  Race day is Saturday, September 24 and it begins at 10:10 a.m. ET with knock-out qualifying.  The green flag for the UNOH 175 will wave at 1 p.m. ET.