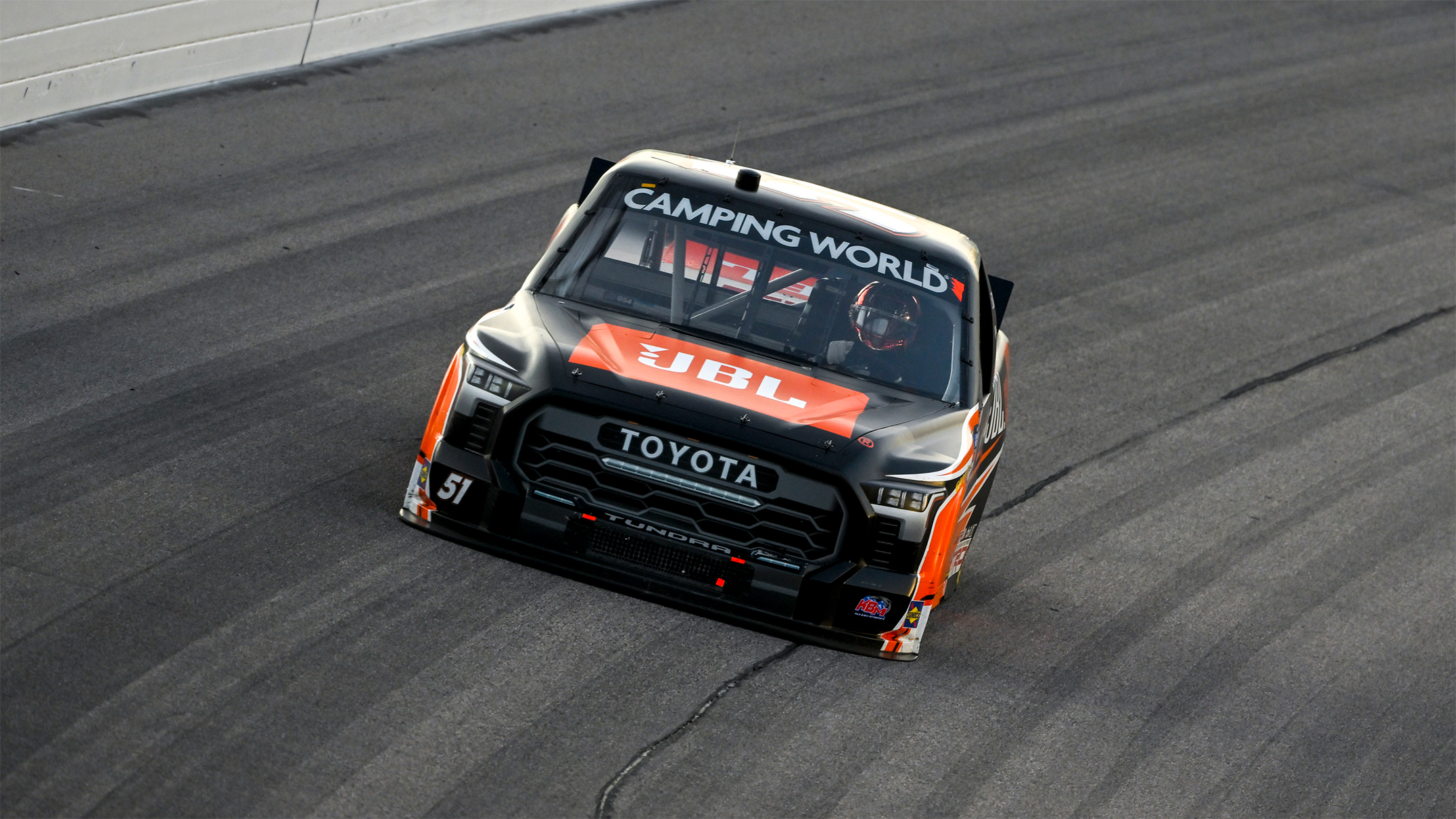 Corey Heim qualified third for Friday’s 134-lap event at Kansas Speedway, marking his eighth qualifying effort inside of the top-five this season in just 12 starts. As the race progressed through the first two stages, Heim never fell outside of the top-10 and earned the No. 51 team 13 stage points by finishing the first two stages in fourth and fifth, respectively. Despite dealing with a number of different handling issues throughout the night, Heim wheeled his JBL Tundra to a seventh-place finish.

The No. 51 team advanced to the Round of 8 in the owner’s portion of the Camping World Truck Series playoff bracket. As the series heads to Bristol (Tenn.) Motor Speedway for the opening race in the Round of 8, they find themselves sixth on the playoff grid, four points below the cutoff line to advance to the Championship 4.

The No. 51 team advanced to the Round of 8 in the Owner’s Championship playoffs and now find themselves in the sixth seed. After the points reset, they are now four points below the cutoff line to advance to the Championship 4.

Corey Heim will be back behind the wheel of the No. 51 Crescent Tools Tundra TRD Pro next Thursday, September 15 as the Camping World Truck Series heads to Bristol (Tenn.) Motor Speedway for the opening race of the Round of 8. Live coverage of the UNOH 200 presented by Ohio Logistics will be on Fs1, Motor Racing Network, and SiriusXM at 9pm ET.