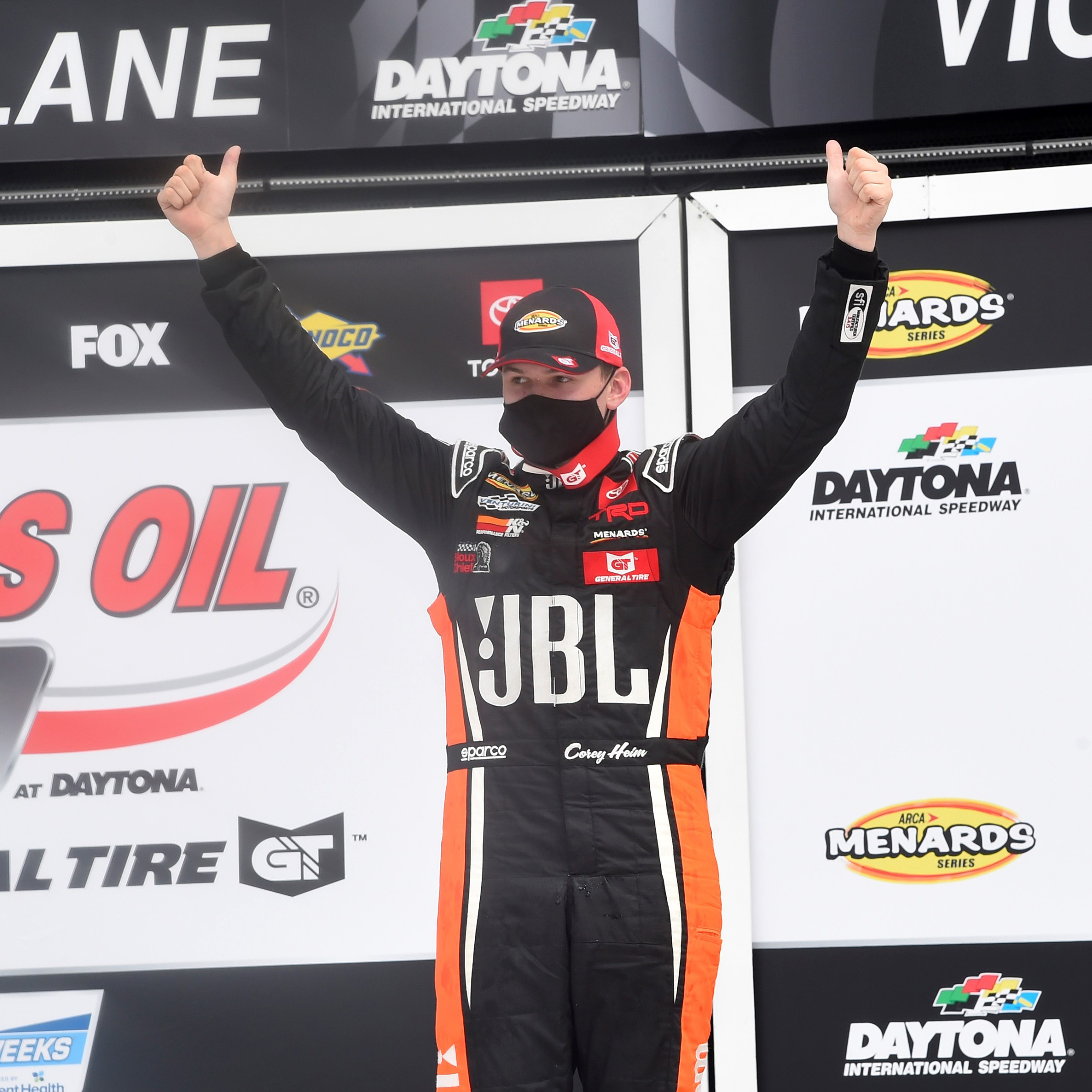 MOORESVILLE, N.C. (April 21, 2021) – Kyle Busch Motorsports (KBM) announced today that Corey Heim will make two starts behind the wheel of the organization’s No. 51 Tundra in the NASCAR Camping World Truck Series this season. The 18-year-old driver will make his series debut May 7 at Darlington (S.C.) Raceway with primary sponsorship from JBL, the authority in engineering superior sound. He will also compete in the Truck Series event Oct. 30 at Martinsville (Va.) Speedway with a yet to be named sponsor.

“I’m thankful to everyone at Kyle Busch Motorsports and Toyota for giving me the opportunity to make two starts in the Camping World Truck Series this year,” Heim said. “Not having any practice is going to make it exciting driving off into Turn 1 at Darlington with 39 other drivers for my first lap in a truck, but I’ve been able to make a lot of laps on the simulator at TRD and develop a relationship with Mardy (Lindley, crew chief), so I feel that I’m well prepared. The 51 team has had fast trucks everywhere they’ve been this season, and I’m confident that they’ll have a strong JBL Tundra at Darlington. I just need to learn throughout the race and be there at the end.”

“Corey is another driver in the Toyota Racing Development program that has proven that he can win in the ARCA Menards Series and earned this opportunity to drive for us in the Camping World Truck Series,” Busch said. “With no practice or qualifying, Darlington is going to be a tough place for his first start, but he’s been on the simulator at TRD working with Mardy (Lindley, crew chief) and our engineers and they’ve been very pleased with how it’s going.”

JBL creates the amazing sound that shapes life’s most epic moments. From iconic events like Woodstock and concerts at Madison Square Garden, to games at Yankee Stadium and weekend road trips, JBL elevates listeners’ experiences with award-winning audio that lets them make the most of every moment. With unmatched professional credentials and over 70 years of delivering industry leading innovation, JBL is the authority in engineering superior sound.

Since debuting in 2010, Kyle Busch Motorsports (KBM) has quickly established itself as one of the most successful teams in all of NASCAR. Owned by two-time Cup Series champion Kyle Busch and fueled by his passion for winning, the organization holds the Camping World Truck Series records for most career wins (84) and most wins in a single season (14 in 2014). In addition to collecting a series-record seven Owner’s Championships, the organization has produced two championship-winning drivers; Erik Jones (2015) and Christopher Bell (2017).