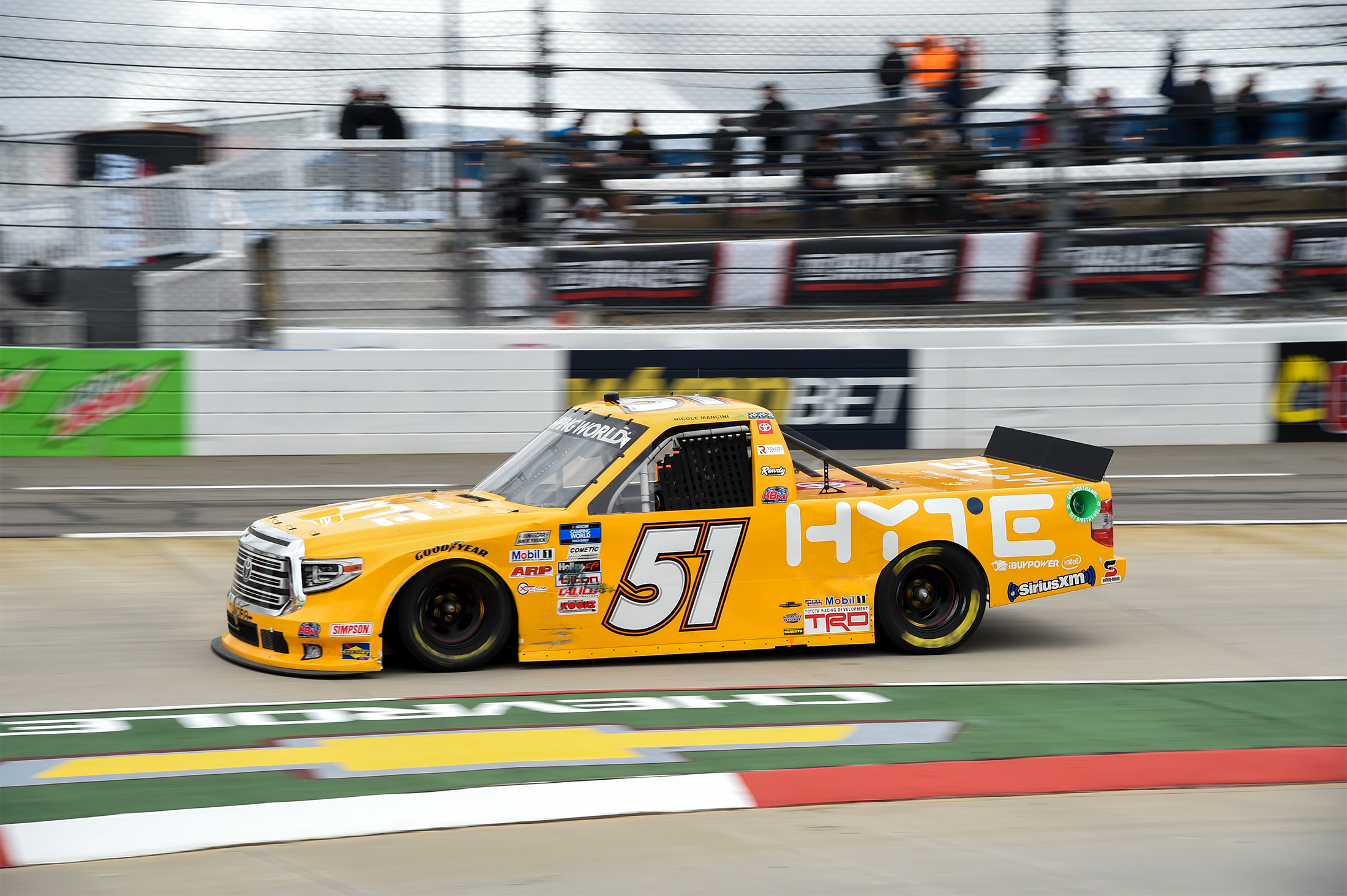 Corey Heim made his third and final start of the season in the No. 51 Toyota Tundra at Martinsville Speedway on Saturday afternoon. In his previous two starts, Heim finished 23rd at Darlington and 18th at Watkins Glen.

Heim started the United Rentals 200 in the 28th-position but would eventually work his way into Top-5 by the third stage. Despite dealing with handling issues early in the race, the 19-year-old Toyota driver rebounded and earned a career high 11th-place finish.

Drew Dollar will wrap up the season in the No. 51 Tundra next week at Phoenix (Ariz.) Raceway.

Corey Heim, driver of the No. 51 HYTE Tundra for KBM

You had a solid day overall, just talk about how it went for you

“Yeah, we really did, you know the finish isn’t what we wanted but we were running within the Top-5 for most of the race there, and Mardy Lindley, KBM, and everyone really did a good job at dialing in my HYTE Tundra today. Really wish we had a better outcome; I think we would’ve easily finished Top-5 but it is what it is.”

The No. 51 team was eliminated from the NASCAR Camping World Truck Owner’s Championship after the Round of 10 and currently sits in 10th-place behind ThorSport Racing No. 98.

Drew Dollar will close out the 2021 season in the No. 51 Toyota Tundra at Phoenix (Ariz.) Raceway on Friday, Nov. 6. Live coverage of the event will be on FS1, Motor Racing Network and SiriusXM at 8 p.m. ET.