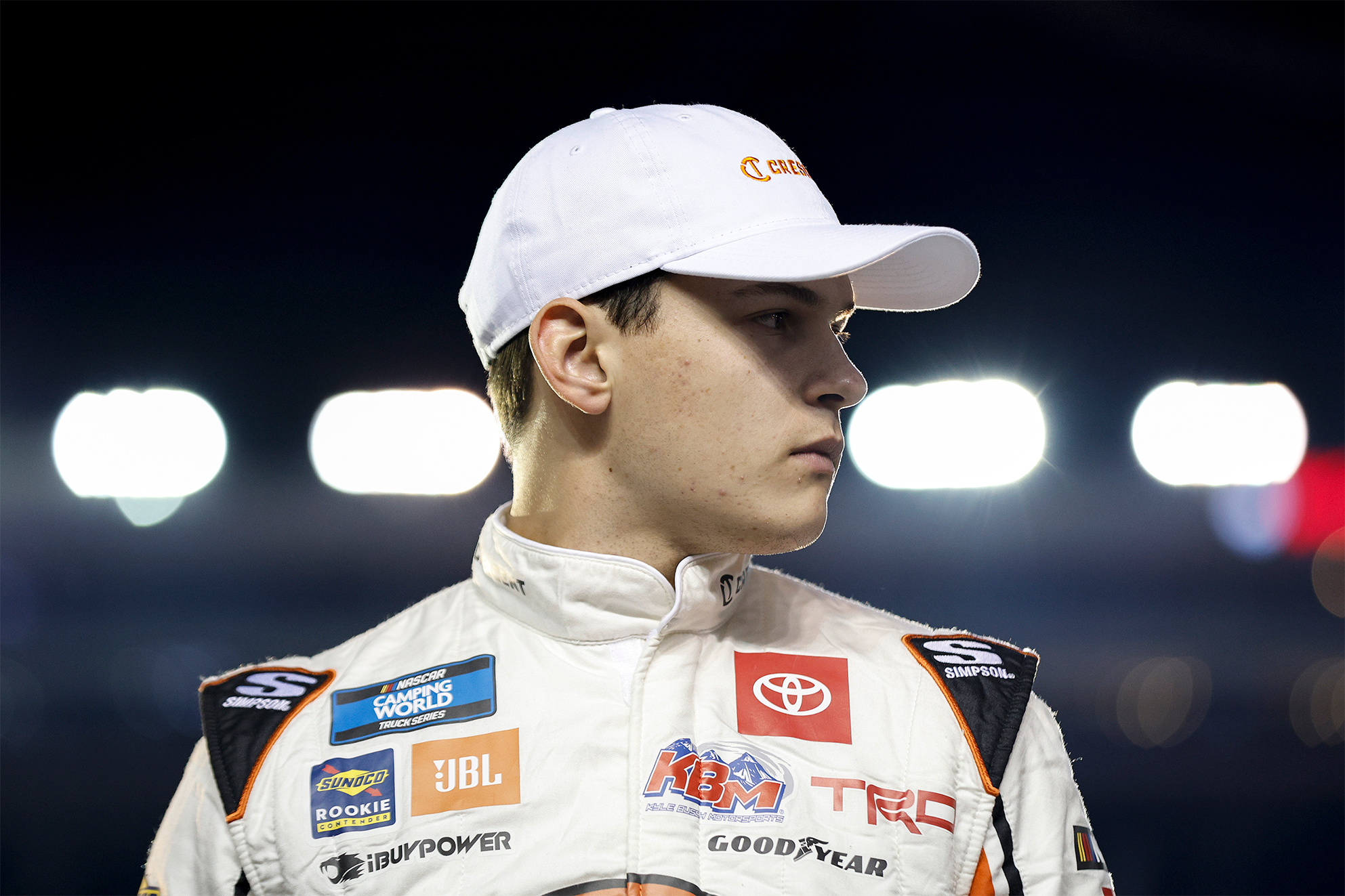 Reflect on your two seasons racing for KBM.

“I’m super grateful for my experience at KBM. From my first start to my last, I feel like I have learned so much racing for Kyle and being a part of a top-notch organization.”

You’re set to win the Rookie of the Year despite not running the full season. Talk about that accomplishment.

“It certainly means a lot. It wasn’t something I came into the year setting my sights on, considering if any of the full time rookies make the playoffs, I wouldn’t have a chance. But I take every race one week at a time and try to perform to the best of my ability, and throughout my career it’s always given me the best results at the end of the season. So, I’m very grateful when it’s all said and done that I get to take Rookie of the Year home.”

What would it mean to close out the season with your third win on Friday night?

“It would definitely mean a lot for me. I feel like we have had the pace in a lot of races this year to contend for wins. Twp race wins has been great for me this year, but I’m definitely not satisfied, and my sights are set on the trophy Friday night.”

KBM-66: The No. 51 Crescent Tools team will unload KBM-66 for Friday night’s race at Phoenix Raceway. It is the same Tundra TRD Pro that Heim picked up his first career Truck Series victory earlier this year at Atlanta (Ga.) Motor Speedway. KBM owner-driver Kyle Busch also picked up a victory with this Toyota at Atlanta in March of 2021. Most recently Heim earned a fourth-place finish with KBM-66 in June at Pocono (Pa.) Raceway.