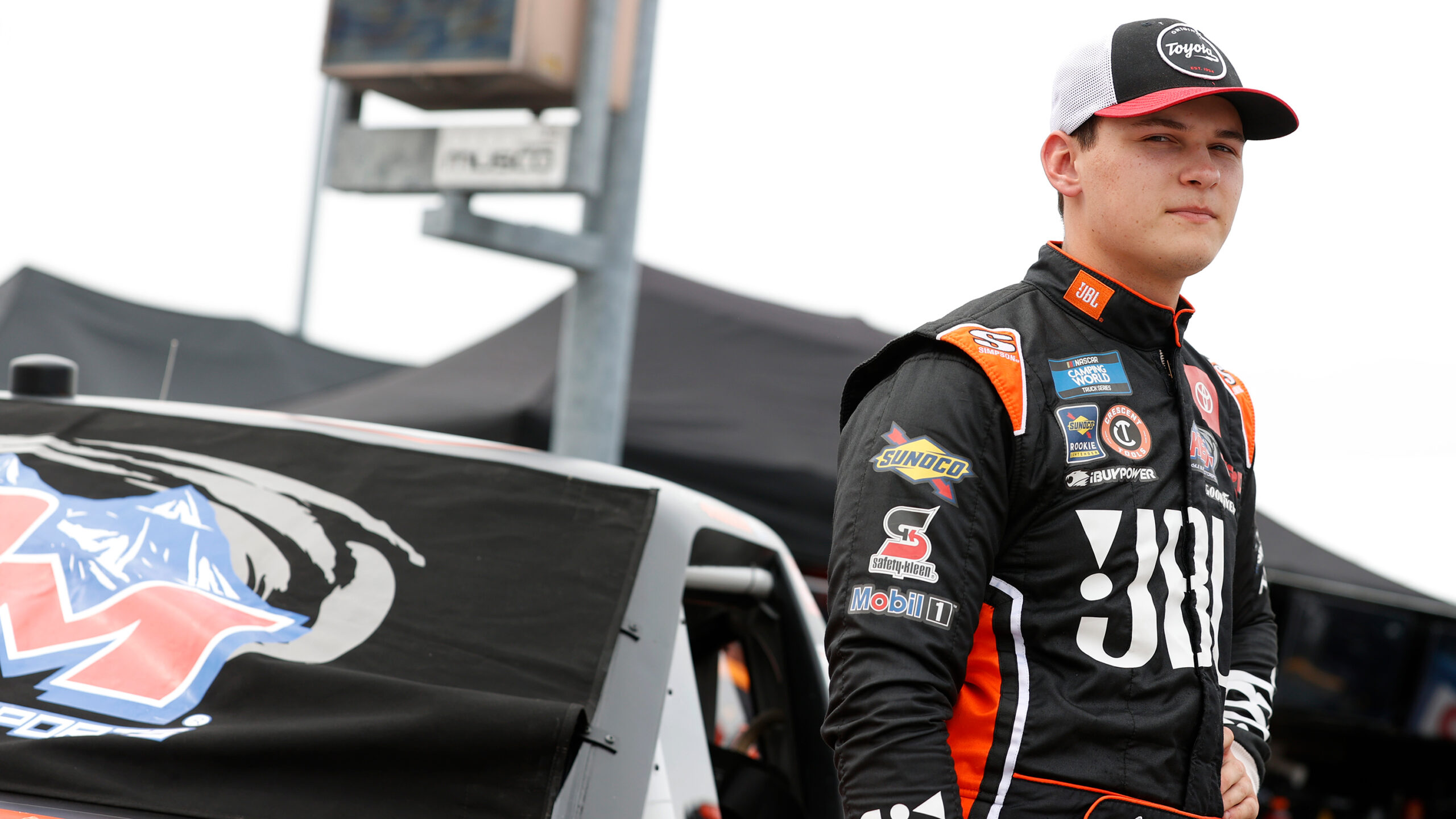 Kansas was the site of your first career ARCA win. Is it a special track to you?

“Yeah, absolutely. As you mentioned my first ARCA win was huge for me. I’ve been their four times – which I think is more than any ARCA track or any NASCAR style track that I’ve been to in the past – so I’m really looking to getting out there in my JBL Tundra TRD Pro this weekend and hopefully having a good run.”

You won in your last mile-and-a-half start at Atlanta. Does that give you confidence going into Kansas?

“For sure, as a driver Kansas is a lot different than Atlanta as far as the package that you have to bring to the race track and how you drive the track is a lot different. It will be a lot less throttle time than Atlanta for sure, but I’m confident that KBM gave me a really good truck at Atlanta and its going to be a similar downforce package and everything with how we set the truck up, so I feel like that is going to be a really good advantage going to Kansas.”

You’re in a stretch where you are in the JBL Tundra TRD Pro for three consecutive races. Does that help you get in a rhythm? “One-hundred percent. The months off were definitely rough from Daytona to Atlanta and then Atlanta to Darlington. To be back in the truck on a consistent basis – I think I’ve got six of the next eight or something like that – and working with Mardy Lindley and my JBL crew is definitely going to be an advantage for sure.”

KBM-54: The No. 51 JBL team will unload KBM-54 for Saturday’s 134-lap event at Kansas. KBM owner-driver Kyle Busch has two victories driving this Tundra TRD Pro, including at Kansas Speedway last May. The other victory came at Pocono (Pa.) Raceway in 2018 in its first career start.