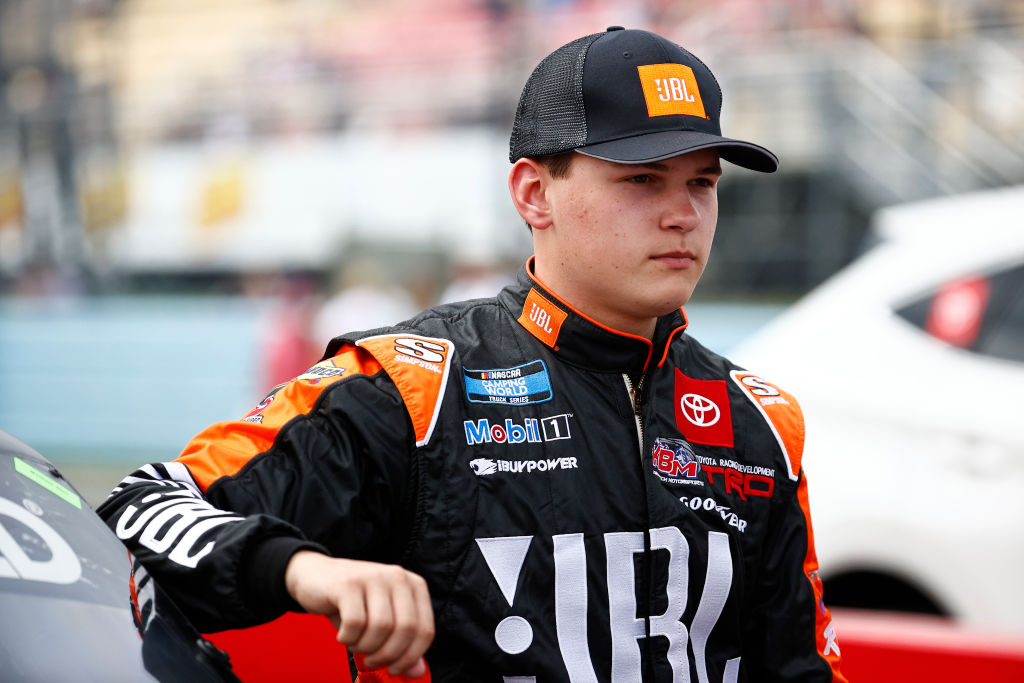 In just his second career NASCAR Camping World Truck Series start, Corey Heim was plagued by issues that kept him mired mid-pack and relegated him to an 18th-place finish at Watkins Glen International. Heim, who won Friday’s ARCA race at the road course, ran off track on lap 1 trying to avoid several spinning trucks and ended up with grass on the grill of his JBL Tundra.

The grass would cause overheating issues that forced him to make two unscheduled pit stops, one of which the No. 51 team was penalized for removing equipment from their pit area. Just as Heim was beginning to make his way forward in the Final Stage, lightning struck at the track and led to the race being called official 11 laps before the scheduled distance.

The No. 51 team ended the regular season fifth in the owner’s championship standings, 158 points behind the No. 4 team. They enter the post season seventh on the playoff grid, four points above the cutoff for advancing the Round of 8.

Corey Heim, driver of the No. 51 JBL Tundra for KBM

What issues kept you from running up front today?

“It was definitely a roller coaster day, we had to avoid wrecks from Lap 1 to the very end – just a lot of carnage. We kept it clean, we just couldn’t catch a break. We had track position at one point and on the next restart we overheated and had to pit three times, two for overheating and one for a pass-through penalty. We never caught a break and never got the track position we needed and have to get a little bit better next time.”

The No. 51 team ended the regular season fifth in the owner’s championship standings, 158 points behind the No. 4 team. They enter the post season seventh on the playoff grid, four points above the cutoff for advancing the Round of 8.

Next Race:  Derek Griffith will make his NASCAR Camping World Truck Series debut behind the wheel of the No. 51 JBL/Hudson Speedway Tundra when the series resumes action on Friday, August 20 at World Wide Technology Raceway at Gateway. Live coverage will be on FS1, Motor Racing Network and SiriusXM at 9 p.m. ET.