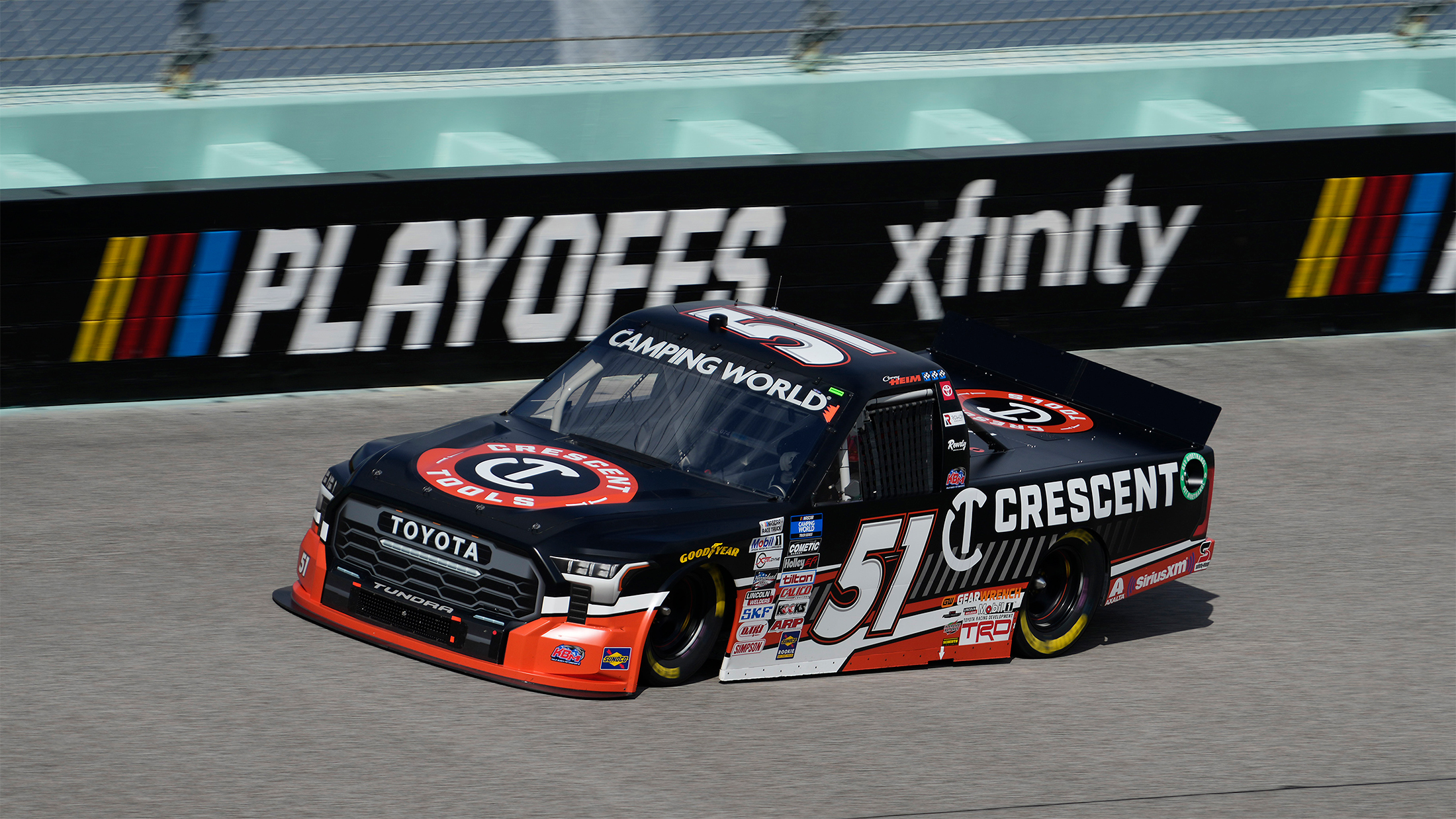 Corey Heim made his first start in any series at Homestead-Miami on Saturday in the final race of the Round of 8 in the Owners Playoffs. The 20-year-old driver started in 19th after qualifying was cancelled on Friday due to weather.

The No. 51 pit crew came up big throughout the race as they gained a total of nine spots on pit road at the stage breaks and set up Heim to restart the Final Stage in fifth. The Georgia-native held his own throughout the final 74 laps and took the checkered flag in fifth.

Despite the strong run from Heim, the No. 51 team was eliminated from the Owners Playoffs after finishing the Round of 8 41 points below the cutoff line.

The No. 51 team finished the Round of 8 41 points below the cutoff line to advance to the Championship 4. After the reseed, they now sit in eighth in the Owner’s Championship standings.

Corey Heim will finish out the 2022 Camping World Truck Series season in the No. 51 Crescent Tools Tundra in two weeks at Phoenix (Ariz.) Raceway. Live coverage of the Lucas Oil 150 will be on FS1, Motor Racing Network, and SiriusXM on Friday, Nov. 4th at 10pm ET.