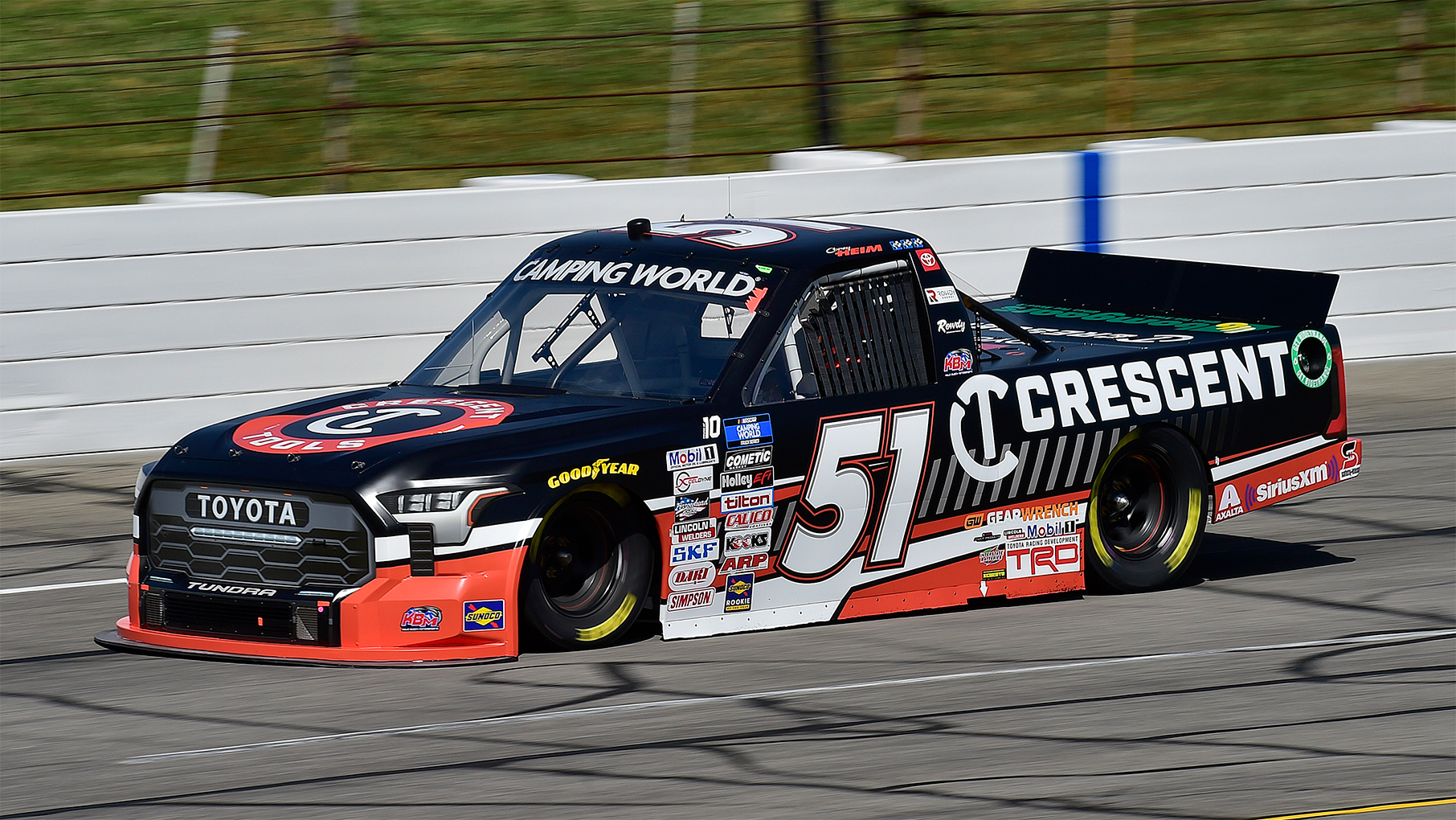 Coming off the heels of his third career top-five finish at Pocono (Pa.) Raceway, Corey Heim wheeled his No. 51 Crescent Tools Tundra TRD Pro to a fifth-place finish at Lucas Oil Raceway Friday night, earning back-to-back top-five finishes for the first time in his career.

Heim started Friday’s 200-lap event in fourth and ran within the top-10 for a majority of the race, earning nine stage points along the way to his fifth-place finish. The No. 51 team gained one position in the Truck Series owner’s playoffs and now sit in fourth and 25 points above the cutoff line to advance to the Round of 8.

The No. 51 team gained one spot in the Camping World Truck Series owner’s playoffs grid and now sit in fourth and 25 points above the cutoff line to advance to the Round of 8.

Corey Heim will be back behind the wheel of the No. 51 Tundra TRD Pro as Camping World Truck Series action heads to Richmond (Va.) Raceway on Saturday, August 13. Live coverage of the Worldwide Express 250 will be on FS1, Motor Racing Network, and SiriusXM at 8pm ET.