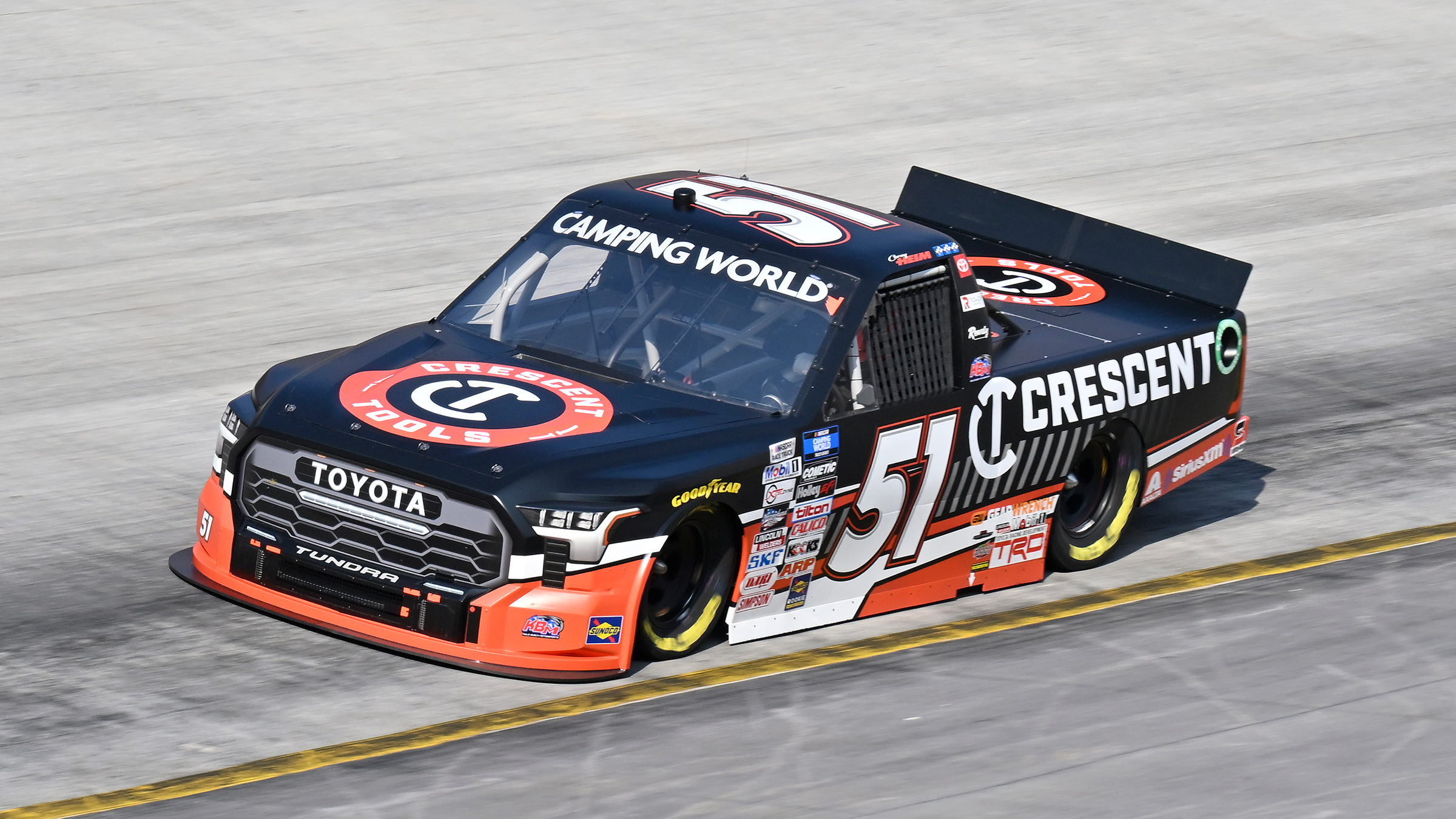 Corey Heim made his first start in Camping World Truck Series action at The Last Great Colosseum in Thursday night’s UNOH 200. After posting a fifth-place qualifying effort earlier in the day, the 20-year-old driver maintained his position within the top-10 before crossing the stripe in eighth to end the opening stage. Throughout the final 145 laps, Heim started to deal with a tight handling Crescent Tools Tundra but battled his way to a 10th-place finish.

The No. 51 team remains in the hunt for an Owner’s Championship as they sit sixth on the grid, 18 tallies below the cutoff line to advance to the Championship 4 after one race in the Round of 8.

The No. 51 team remains in the sixth position of the owner’s portion of the Truck Series playoffs and find themselves 10 points below the cutoff line to advance to the Championship 4 at Phoenix (Ariz.) Raceway.

Corey Heim will continue to pilot the No. 51 JBL Tundra when the Camping World Truck Series heads to Talladega (Ala.) Superspeedway on Oct. 1. Live coverage of the Talladega 250 will be on FS1, Motor Racing Network, and SiriusXM at 12:30pm ET.