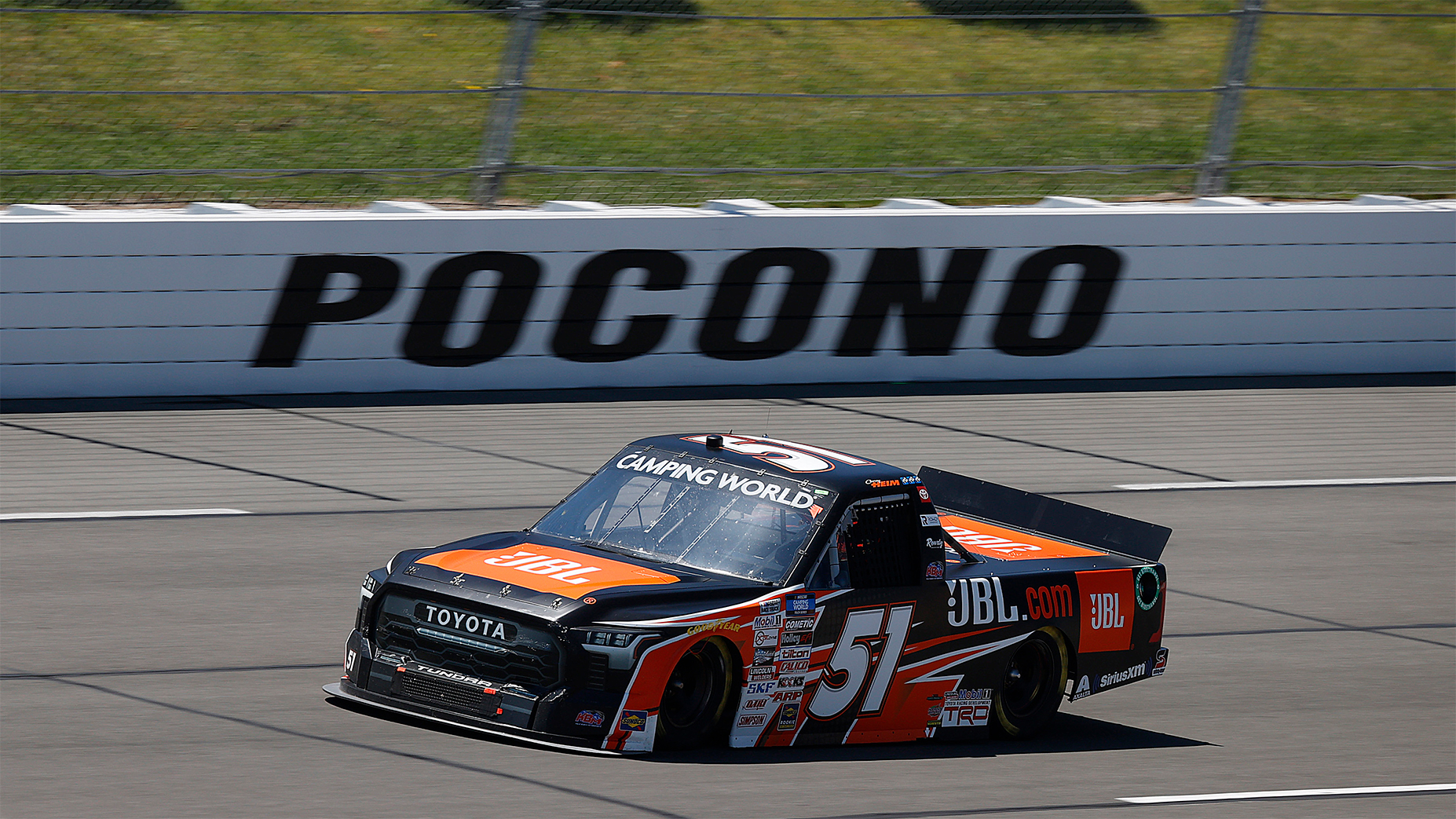 Corey Heim started Saturday’s CRC Brakleen 150 at Pocono (Pa.) Raceway in 17th after Friday’s qualifying session was canceled due to rain. Lining up per NASCAR’s performance matrix system snapped Heim’s six-race streak of starting inside of the top-five.

After dealing with handling issues in the opening stage, Heim was able to rebound and run inside of the top-five for the final two stages and was chasing down the leaders from third with just six laps to go. Heim pulled within half a second of Chandler Smith in first with five to go before his JBL Tundra began to tighten up again, dropping him back to fourth where he would take the checkered flag, earning his third career top-five finish.

The No. 51 team will compete for the Camping World Truck Series owner’s title when the playoffs begin next week at Lucas Oil Indianapolis Raceway Park. With the points reset, the No. 51 will begin the playoffs in the fifth seed and seven points above the cutoff line to advance to the Round of 8.

What was the conversation with John Hunter Nemechek post-race about the late-race battle for a podium position?

“I feel like we caught up to him (John Hunter Nemechek) so fast and Chandler (Smith) and Ryan (Preece) were racing their tails off. Our Tundra TRD Pro was so good today and all the guys back at the shop, at KBM, did such a great job. Just needed a little bit more there at the end. I feel like if we had track position, we were probably the best truck, but that’s part of it. We’re going to get them next time.”

The No. 51 team advanced to the Camping World Truck Series owner’s playoffs via Corey Heim’s two wins in the regular season and will be in the fifth seed. With the points reset, they will start the playoffs seven points above the cutoff line to advance to the Round of 8.

Corey Heim and the No. 51 Crescent team will open the playoffs at Lucas Oil Indianapolis Raceway Park next week on Friday, July 29. Live coverage of the TSport 200 will be on Fs1, Motor Racing Network, and SiriusXM at 9pm ET.