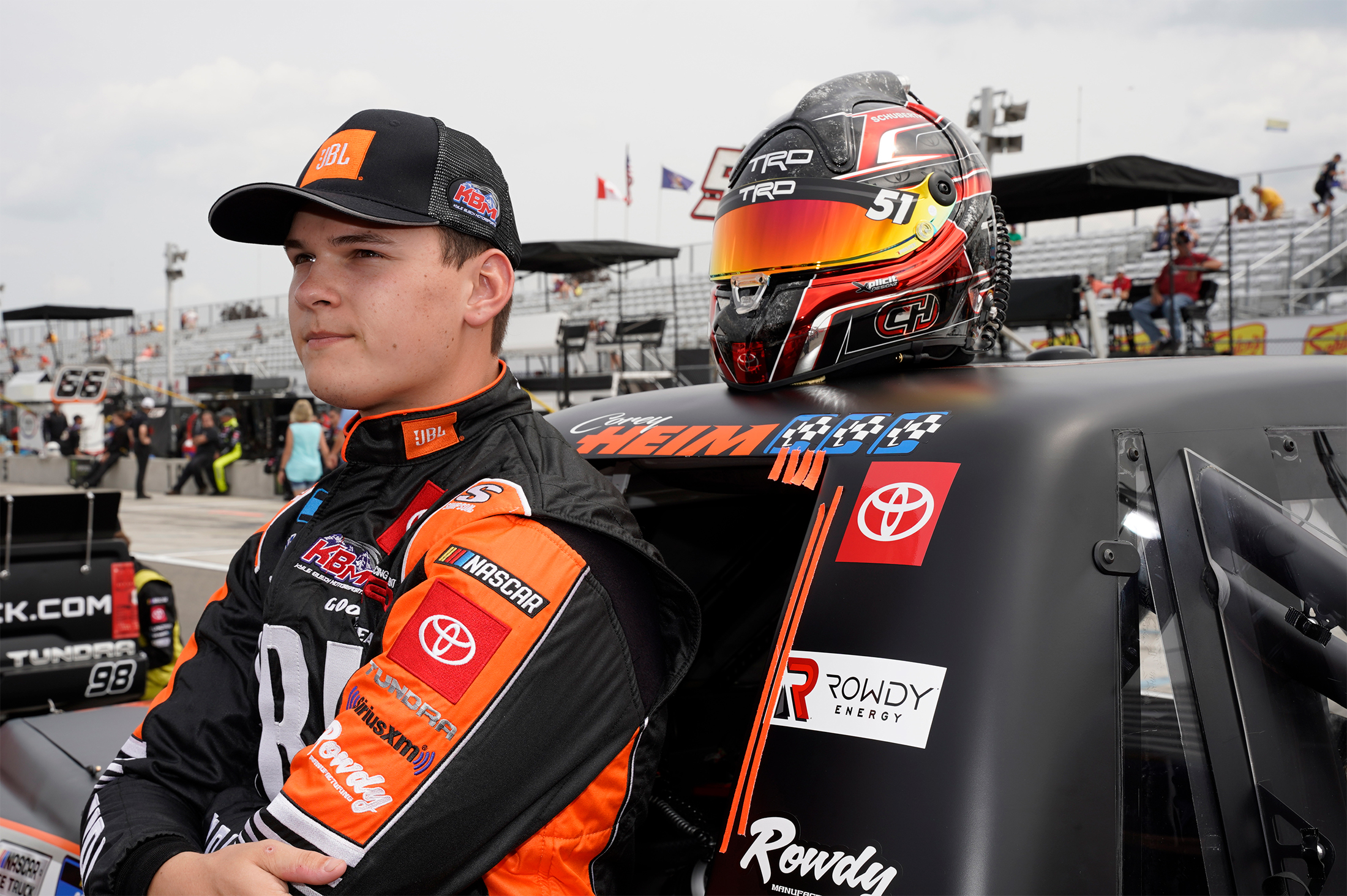 You won the ARCA Menards Series race at Daytona last year. How do you think racing in the truck at Daytona will compare to that?

“It’s going to be a lot tougher racing a superspeedway in a truck versus an ARCA car. You have a way more dense field, you have way more pack racing, and the aero package is way different. I’m looking forward to getting there and getting behind the wheel of my Tundra TRD Pro.”

Being the driver that has the least amount of Truck Series experience at KBM, how much will you rely on your teammates?

“Last year for me three starts I relied on my teammates a lot, especially at Darlington in my debut. John Hunter (Nemechek) and Chandler (Smith) did a really good job of helping me and that’s something I really appreciate from them. Going into Daytona, they both have truck experience under their belt at Daytona, so I’m going to rely on them for sure.”

How big of an opportunity is your expanded schedule in the Truck Series this year?

“It’s a great opportunity. The three races last year were a good warmup for this year, but nothing compares to the amount of starts I get this year. It’s going to be a good year starting at Daytona, starting my first superspeedway race in a truck and looking forward to going on from there.”

KBM-26: The No. 51 JBL team will unload KBM-26 for Friday night’s season-opening event at Daytona. This Tundra TRD Pro has one victory under its belt, which came with Raphael Lessard at Talladega Superspeedway in 2020. Drew Dollar piloted this chassis to a 10th-place finish in last year’s Truck Series race at Daytona.