Corey Heim Chips Away to Fifth-Place Finish at Richmond 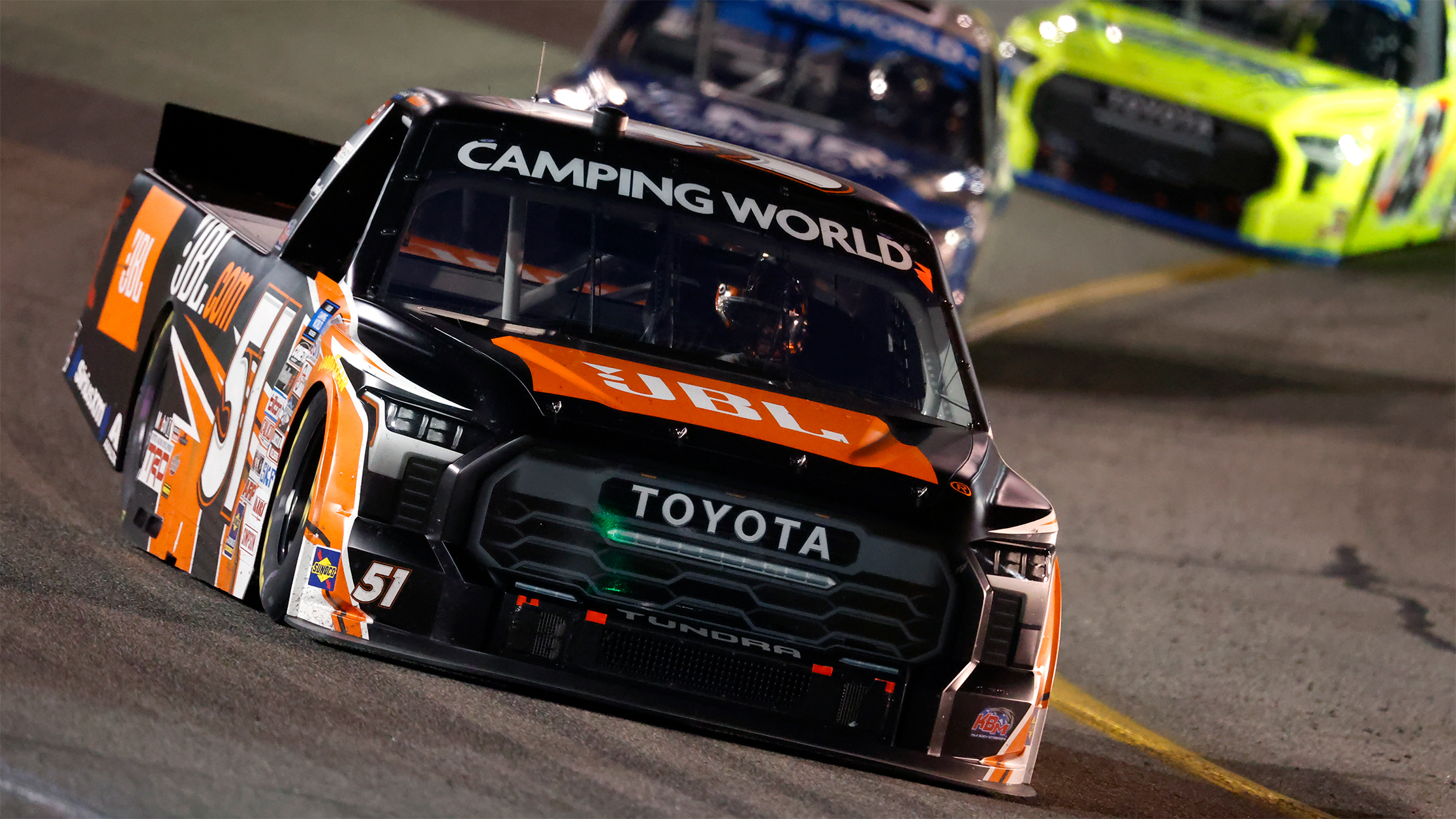 Corey Heim came into Richmond (Va.) Raceway on the heels of back-to-back top-five finishes at Pocono Raceway and Lucas Oil Raceway. The 20-year-old driver extended his streak to a career-best three straight top-five finishes, wheeling his JBL Tundra to a fifth-place finish Saturday night at Richmond.

Heim started Saturday’s 250-lap event in 16th and chipped away at the field throughout the night. The JBL driver earned an additional six stage points for the No. 51 as they now sit 31 points above the cutoff line to advance to the Round of 8 in the owner’s portion of the Truck Series playoffs.

Corey Heim driver of the No. 51 JBL Tundra TRD Pro for KBM

“Top-five tonight at Richmond. Didn’t have much for the leaders but we fought all night and brought home a decent finish with my JBL Tundra TRD Pro. Onto one of my favorite next at Kansas Speedway.”

With one race remaining in the Round of 10, the No. 51 team find themselves 31 points above the cutoff line to advance to the Round of 8 in the Camping World Truck Series owner’s playoffs.

Corey Heim and the No. 51 JBL team will return to action on September 9 when the Camping World Truck Series heads to Kansas Speedway for the final race of the Round of 10. Live coverage of the Kansas Lottery 200 will be on FS1, Motor Racing Network, and SiriusXM at 7:30pm ET.