Conquering the Racing World One Country at a Time 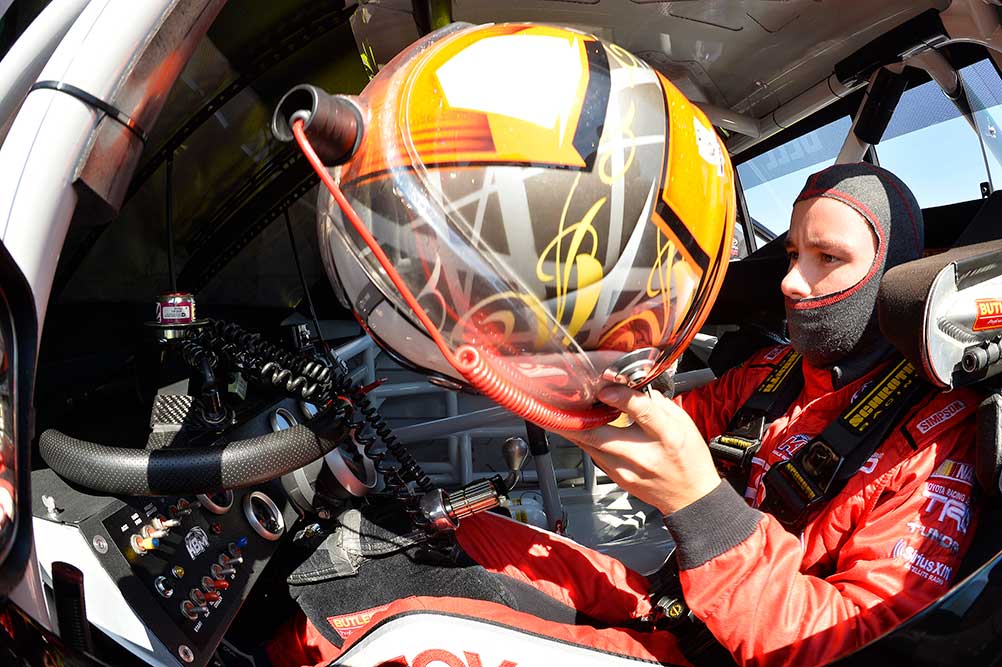 MOORESVILLE, N.C. (Aug. 31, 2016) – Christopher Bell heads to Canadian Tire Motorsport Park in Bowmanville, Ontario where he will make the first road course start of his NASCAR Camping World Truck Series career on Sunday. If Bell is able to end the day with his No. 4 Tundra in victory lane, it would mark the third foreign country that the 21-year-old has been victorious in during his budding racing career.

The open-wheel dirt standout was crowned the first-ever POWRi Lucas Oil Midget World Champion in 2013-2014. The 12-event competition featured four races in New Zealand, four in Australia and four in the United States. Bell got his first victory on foreign land in December of 2013 racing POWRi midgets in front of 13,000 fans on Boxing Day at Western Springs Speedway in New Zealand. The Oklahoma native than went on to win the final night of racing in Australia at Lismore Speedway and captured wins at three of the four races on American soil to bring home the World Championship.

The schooling paid off as the road course rookie finished both practice sessions inside the top 10 and qualified eighth for the 67-lap event at New Jersey. He was able to work his way to the front of the field for seven laps just before the halfway mark of the race before surrendering the lead to hit pit road. After his stop, Bell was able to work his way back through the field and was in the runner-up spot when a single-car accident slowed the field for the final time on lap 47. Unfortunately, after going back green he got spun from behind by another competitor and after getting his Camry collected had fallen back to the 10th position and was unable to move forward in the closing laps.

Bell returned to work with Cook at Bondurant last month in preparation for Sunday’s 64-lap race. The talented youngster is hoping that the additional instruction will lead to the continued improvement of his road racing skills and that will allow him to bring home the checkered flag from Canada as he aims to conquer the racing world one country at a time.

Are you looking forward to your first road course race in the Truck Series?
“I’m really excited to get to Canada this weekend. I went out to Bondurant (School of Racing) twice with Chris Cook and I also raced the ARCA race at New Jersey (Motorsports Park) to get ready for this race. I feel like road course racing relates a lot to dirt track racing because a lot of it is in the driver’s hands and you can manipulate the vehicles a lot more than you can on an oval to get them to do what you need them to do. I’ve really enjoyed everything that I’ve done so far and from what I’ve seen of the track this weekend through watching videos online and the simulations I’ve done I think that I’ll really enjoy it. I’ve been able to win Midget races in the United States, Australia and New Zealand, so to be able to win in Canada and make it four different countries that I’ve been able to win a race in would be pretty cool.”

How much can you take from racing a new track from iRacing and simulations?
“I ran New Jersey (Motorsports Park) on iRacing before I went and raced there in ARCA and I was pleasantly surprised that my shift points and shift patterns matched up exactly when I got there. I expect that will be the case again this weekend at Mosport.”

What is it going to take to be successful this weekend?
“What I’ve learned in my short time road course racing is that if you don’t make mistakes you will be successful. The guy that wins the race is usually the guy that makes the least amount of mistakes. You have to stay in control and race the racetrack. If you are driving the truck and the trucks not driving you, then you should have a pretty good day and that’s my goal.”

Do you enjoy road course racing?
“It’s always a lot of fun to crew chief at a road course because there is a million different ways that the race can play out. The challenge as a crew chief is to figure out which strategy is going to be the right one and then execute it. If you are one of the fastest trucks, then you don’t have to take a lot of gambles, but if you are just a top-five or top-10 truck it presents you with an opportunity to implement a strategy that is different than the leaders and if things play out right, you can end up ahead of them. Christopher has put in a lot of effort into preparing himself for this race with getting instruction a couple times out in Arizona and running the ARCA race at New Jersey (Motorsports Park), so I’m excited to get to Canada with him this weekend.”

Darrell Wallace Jr.’s fourth-place finish in the inaugural event north of the border was Baxter’s best result in three events. His drivers have combined to produce an average finish of 13.0.