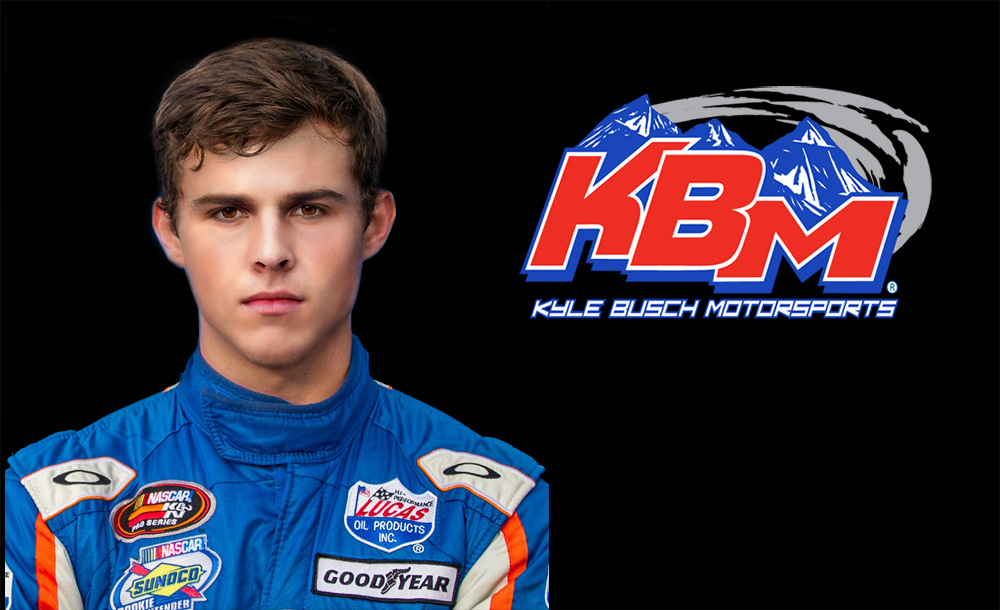 Rouse finished eighth in the NASCAR K&N Pro Series West standings in 2016 after posting four top-five and 12 top-10 finishes resulting in an average finish of 7.6 across 14 events in his rookie campaign. He began his racing career at the age of 14, competing in mini-cup cars before advancing to Late Model competition in 2013. He led a race-high 145 laps of the All-American 400 at Fairgrounds Speedway in Nashville in 2015, before being relegated to a fifth-place finish after a shock broke late in the race.

“As a young driver looking to make a name for himself in the racing world there isn’t a better opportunity out there than to be driving the No. 51 Toyota for Kyle Busch Motorsports’ Super Late Model program,” Rouse said. “You get a great mentor in Kyle, you’re driving for a top-tier team that has proven capable of winning each time it hits the track and since KBM has a NASCAR Camping World Truck Series program, there is an opportunity to advance to the next level if you’re successful. I’ve been training hard every day, both mentally and physically, to make sure that I do my part to carry on the winning tradition at KBM.”