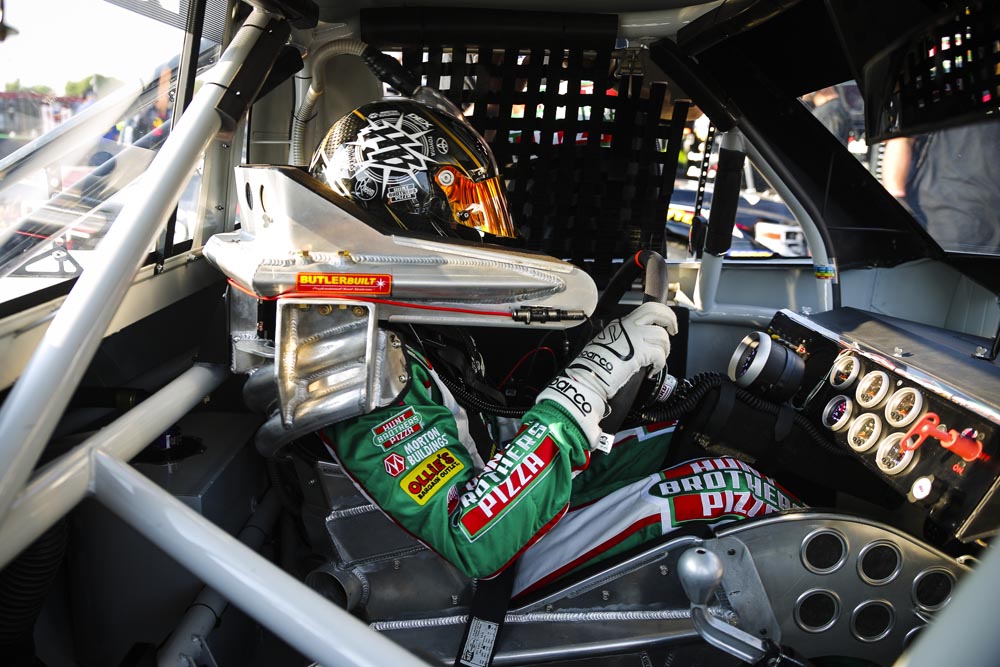 Harrison Burton Forced to Withdraw Due to Illness

Bell won the 2017 NCWTS championship with KBM. In his 53 starts in the Truck Series, he earned seven wins, 26 top-five and 41 top-10 finishes. This season he is competing full time in the XFINITY Series for Joe Gibbs Racing and has already accrued four wins in 2018 (and one in 2017).

“It will be great to get back in a Tundra with KBM at Bristol, but wish it was under better circumstances,” Bell said. “I hope Harrison feels better soon and I’m hoping I can get the Hunt Brothers Pizza Tundra into Victory Lane on his behalf Thursday night.”

“I have been driving since I was four-years-old and have never missed a race,” Burton said. “I hate to let down my guys, but my doctors just don’t believe I’m ready. Having to miss this race will give me even more motivation to come back even stronger in Canada next week.”

Burton is still scheduled to drive the No. 51 Tundra in five more races for KBM this season, including next weekend at Canadian Tire Motorsport Park.