Christian Eckes Opens the Playoffs with 12th-Place Finish at Bristol 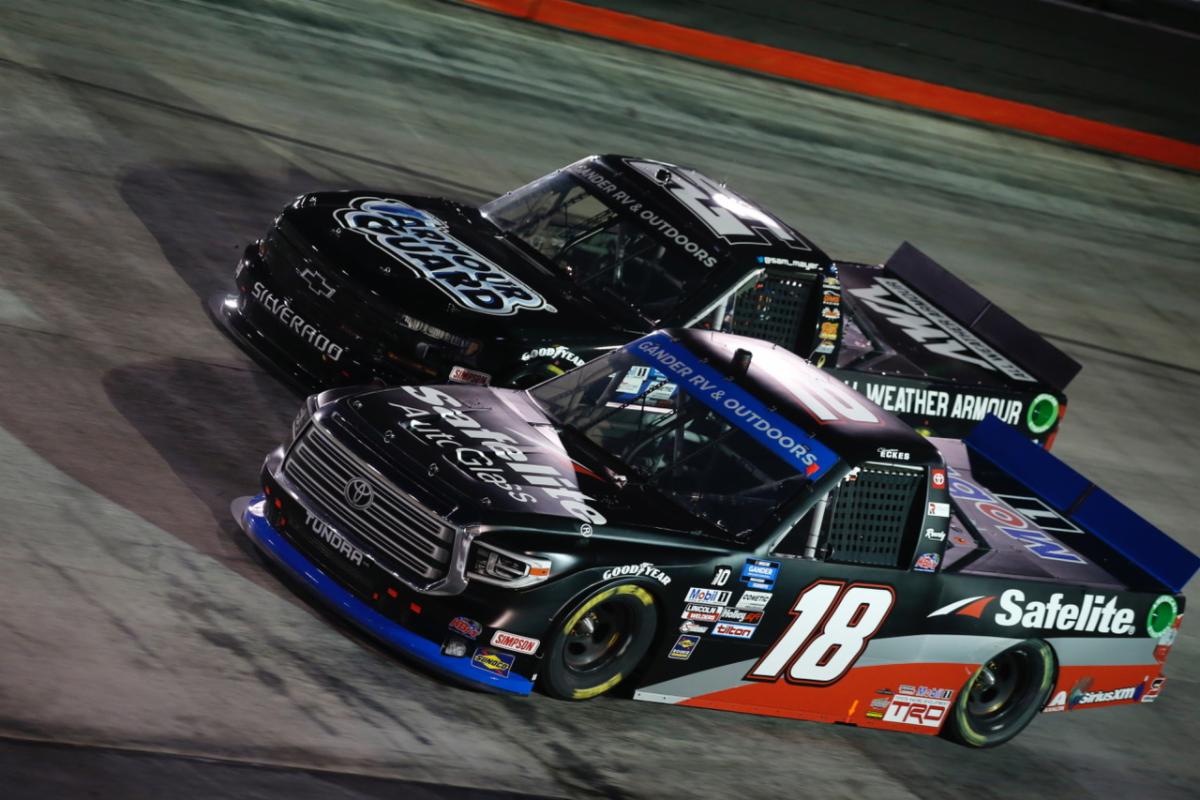 Christian Eckes finished each of the first two stages of Thursday’s UNOH 200 in the 10th position and went on to finish the 200-lap event in the 12th position. After initially finishing 13th, the Safelite Tundra moved up one position when the fifth-place truck was disqualified in post-race inspection.

Not the finish you wanted. How was your race as a whole tonight?

“We tried hard. We just didn’t make it happen. Had an okay Safelite Tundra at times, just fought track position all night and really weren’t good enough to pass. I’m ready for Vegas.”

You ran really strong at Las Vegas in the spring. What is your focus for that race?

“Just building on our last race. We ran really well there. Of course, we got in a crash, but I thought we had a Tundra to at least run second to Kyle (Busch), if not, win. We will try to hit it hard this week and try to figure it out, because we definitely missed it this week. On to the next one.”

Eckes will be back behind the wheel of the No. 18 Safelite Tundra when the NASCAR Gander RV & Outdoors Truck Series resumes action on Friday Sept. 25 at Las Vegas (Nev.) Motor Speedway. Live coverage of the World of Westgate 200 will be on FS1, Motor Racing Network and SiriusXM at 9 p.m. ET.