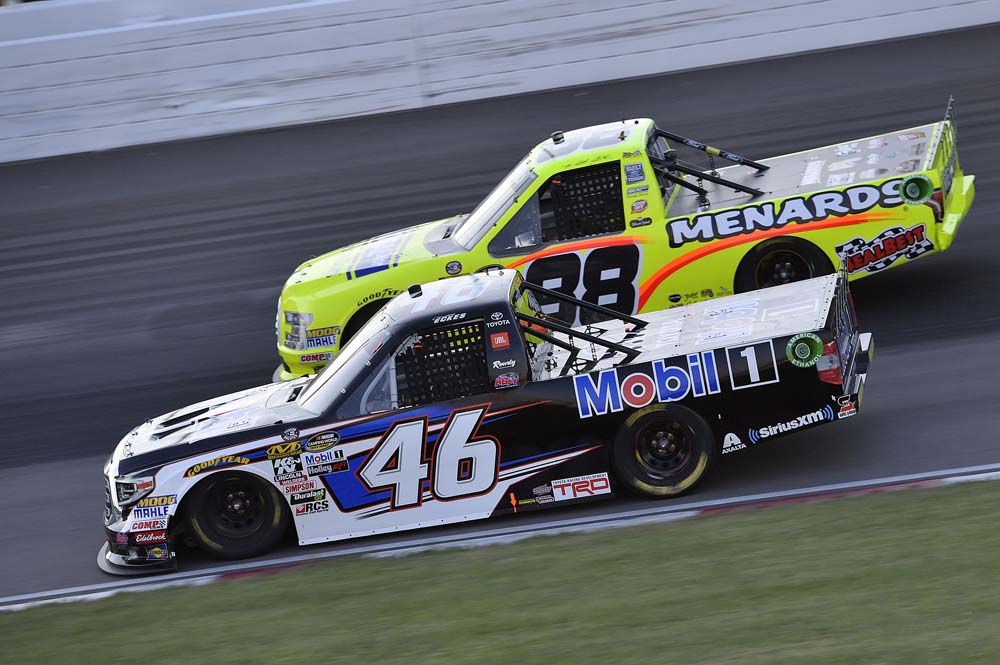 How have you prepared for your first start at ISM Raceway?

“We have race film and stuff like that to go over — we’ll figure it out. I’ve never been there myself, but I’m really looking forward to getting back in the Mobil 1 Tundra for Kyle Busch Motorsports this weekend.”

This is your final Truck Series start of the season. How has it gone and what are your expectations for this weekend?

“I think it has gone ok — we definitely have showed speed at times. We’re really looking forward to showing the most speed at the last race — we’re trying to save the best for last. I think we will have a really good truck. Me and Cody (Glick, crew chief) and everybody on our team is really looking forward to this next race. Like I said, we’ve shown a lot of speed, but we don’t really have the results we deserve. Hopefully that turns around this weekend at Phoenix.”

KBM-24: The No. 46 Mobil 1 team will unload KBM-24 for Friday night’s Lucas Oil 150 at ISM Raceway. Eckes qualified second and led 28 laps with the same Tundra at Gateway Motorsports Park in Madison, Ill., in June before being relegated to a 28th-place finish after a mid-race accident. Noah Gragson raced it most recently in October at Martinsville (Va.) Speedway where he qualified third and finished seventh. The Toyota has won three times across 13 careers starts, including Erik Jones’ dominant win at ISM Raceway in 2014 when he led 114 of 126 laps in a race that was shortened in length due to a power outage at the track.