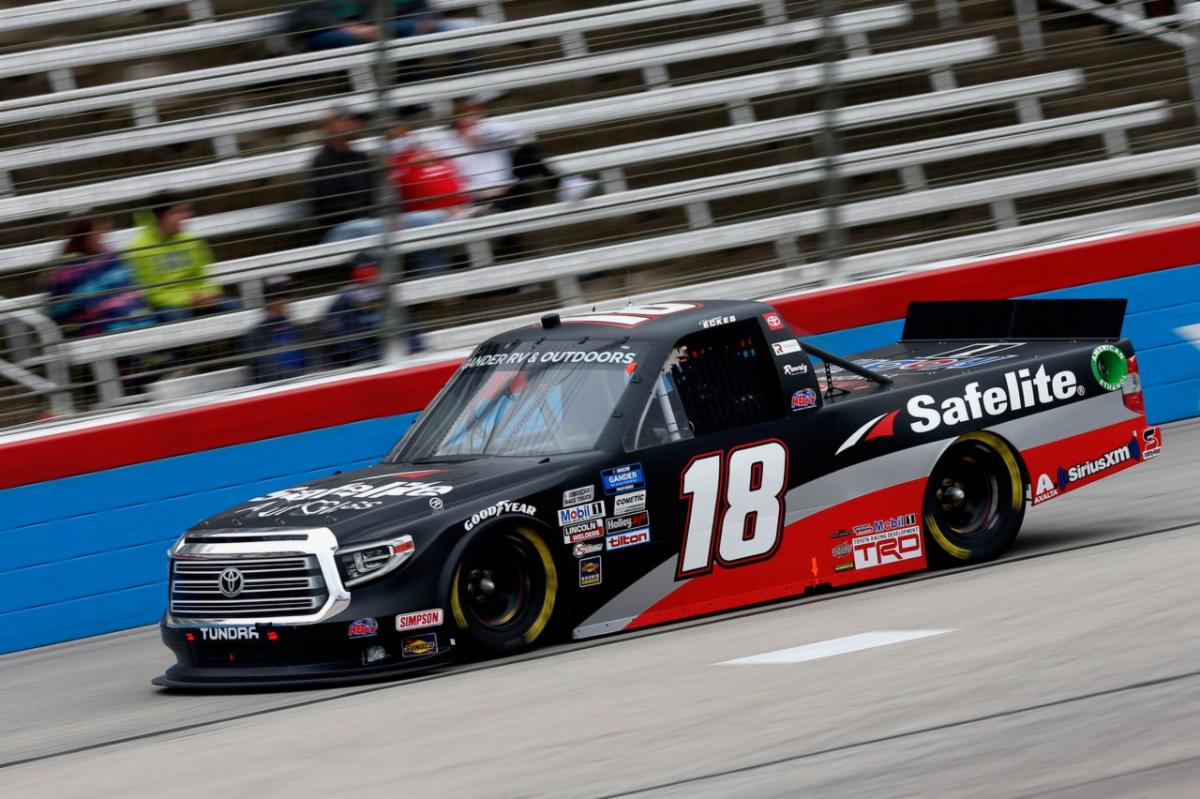 Christian Eckes was battling a top three in the closing laps of Sunday’s SpeedyCash.com 400 when Ben Rhodes turned into the left corner panel of the No. 18 Tundra on the frontstretch and sent Eckes hard into the outside wall near the start-finish line. The Safelite Tundra came to rest in the infield grass with severe damage and left Eckes with a disappointing 25th-place finish.

How was your Tundra today before the incident and are you okay after a really big hit?

“We had a really fast Safelite Tundra really all day. Super proud of my guys for bringing me a fast and safe Toyota and now we’ll move on to Martinsville. That was a pretty big hit and I’m okay. Just ready to get to Martinsville.”

From your view, what happened between yourself and Ben Rhodes?

“It started with just hard racing and we’ve had this problem before. I’ve raced him (Ben Rhodes) hard, but I race everybody hard and that’s what I’m here to do. We had a little bit of an incident at Las Vegas and all day today, he didn’t really give me much room. Every time we would race side-by-side, if you backed it up to the turn three entry even, he was laying on my quarter panel, which caused me to go up the race track. Sure, I was being aggressive and trying to clear him, but in the same aspect, it’s just hard racing on a one-groove race track. Then he got a little upset and we got straight down the straightaway and I was separated and had a run. Was going to probably clear him and he just turned left as hard as he could and hooked me. You could see that he turned left with the way the truck reacted after he turned me. Unfortunately, it’s just the nature of the business.”

Eckes will be back behind the wheel of the No. 18 Safelite Tundra when the NASCAR Gander RV & Outdoors Truck Series resumes action on Friday, Oct. 30 at Martinsville (Va.) Speedway. Live coverage of the NASCAR Hall of Fame 200 will be on FS1, Motor Racing Network and SiriusXM at 8 p.m. ET.