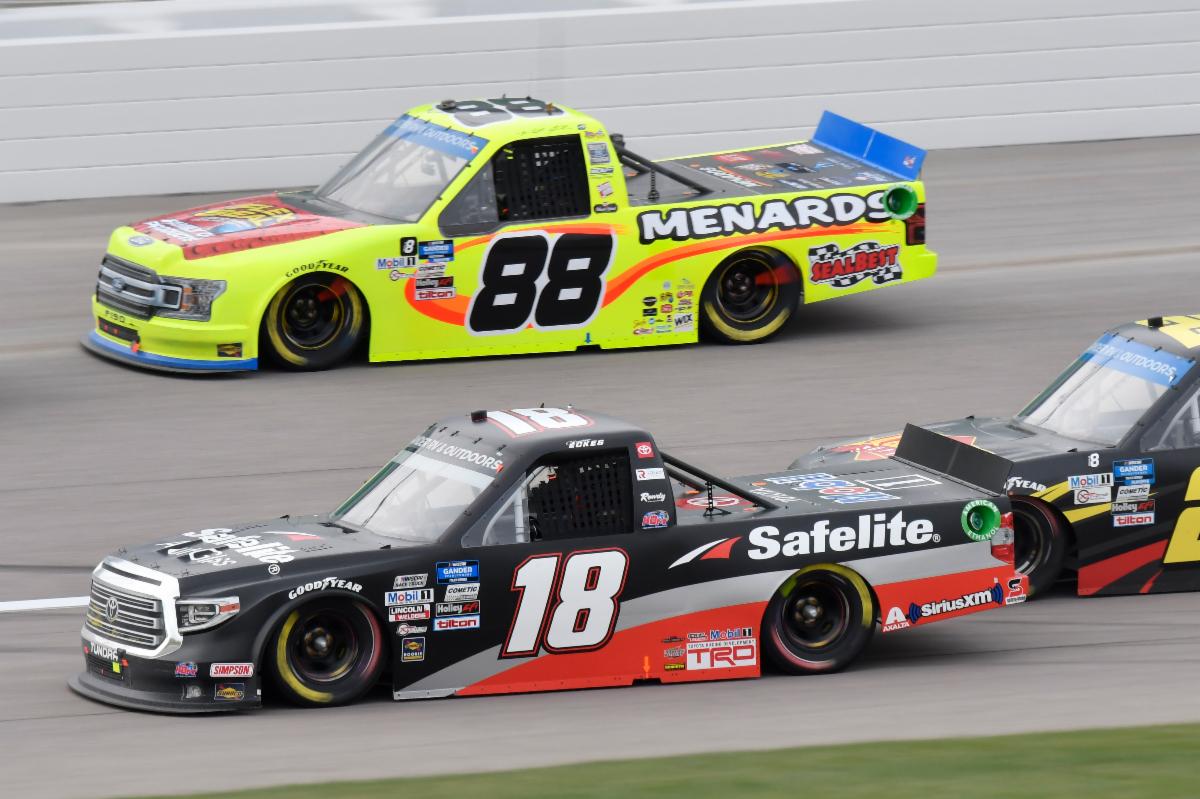 Christian Eckes and the No. 18 Safelite AutoGlass team used pit strategy to try and win the Clean Harbors 200 at Kansas Speedway, but a slow two-tire pit stop left them running fifth in the closing laps. A tangle between the leaders with five laps remaining gave the team another chance, but after lining up on the outside of row two for NASCAR overtime, Eckes got shuffled back and would end the race with a sixth-place finish.

Another top-10 for you today. How was your run today at Kansas?

“We had a really fast Safelite Tundra, probably really had a shot to win. After we got that damage, just kind of hurt our day. I haven’t really seen a replay yet, but I was kind of a part of it. Just not a lot of room, and two people that were racing hard. I figured the lap car was going to go to the bottom, and I figured Austin (Hill) would give me a little bit of room, but that was not the case. We will move on to Texas.” Y

ou led a ton of laps and came home second in the spring in Texas. How excited are you to get back?

“Texas has always been a place that I really enjoyed going to – whether that be testing or racing. I have one test and one race under my belt now, and almost beat Kyle (Busch) there in the spring, so we are just going to have to do all we can to go be five spots better in Texas.”

Eckes will be back behind the wheel of the No. 18 Safelite Tundra when the NASCAR Gander RV & Outdoors Truck Series resumes action on Saturday, Oct. 25 at Texas Motor Speedway in Fort Worth. Live coverage of the SpeedyCash.com 400 will be on FS1, Motor Racing Network and SiriusXM at noon ET.