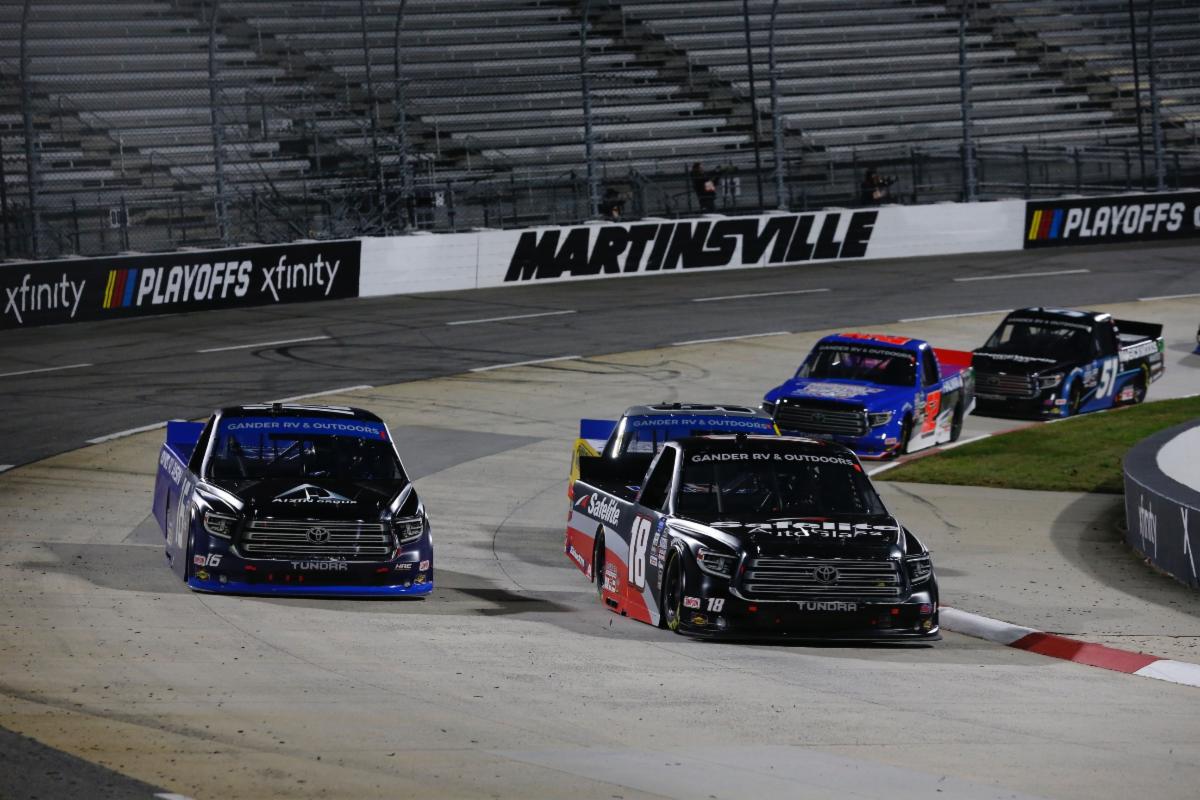 Christian Eckes finished seventh in each of the first two stages of Friday night’s NASCAR Hall of Fame 200 at Martinsville Speedway before putting the Safelite Tundra in position to compete for the win in the closing laps. The 19-year-old driver lined up on the inside of row two on the final restart with two laps remaining and attempted a bump-and-a-run pass on the top-two trucks but wound up losing a spot over the closing laps to finish fourth.

With one race remaining this season, Eckes sits seventh in the Gander Trucks point standings, 17 points behind Austin Hill for the sixth position.

Eckes will be back behind the wheel of the No. 18 Safelite Tundra when the NASCAR Gander RV & Outdoors Truck Series races for the final time in 2020 on Friday, Nov. 6 at Phoenix (Ariz.) Raceway. Live coverage of the Lucas Oil 250 will be on FS1, Motor Racing Network and SiriusXM at 8 p.m. ET.