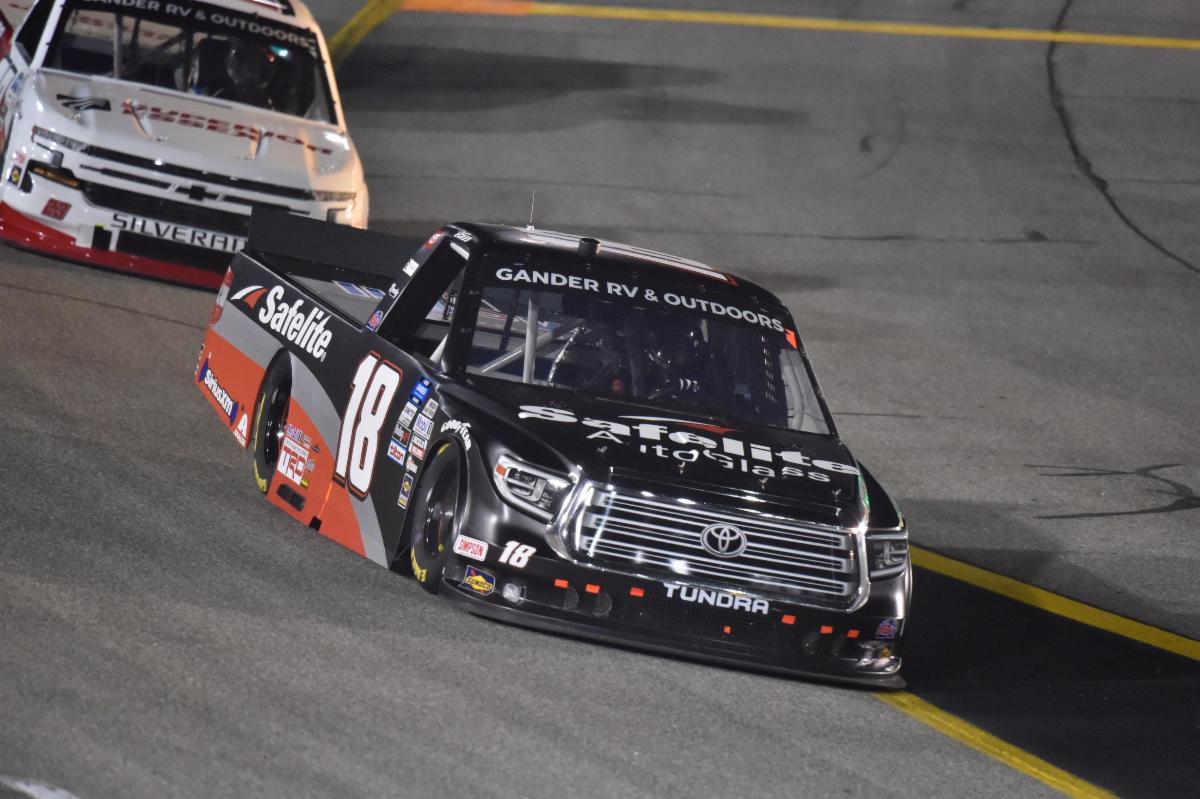 Christian Eckes did not have the night he had hoped for in the ToyotaCare 250, finishing one lap down in the 18th position. The Safelite Tundra started from the third position and battled among the top five early in the race but when the final 75 laps of the Final Stage went caution free got caught on older tires and went a lap down to people who pitted for their final set of tires.

Eckes will enter the NASCAR Gander RV & Outdoors Truck Series playoffs as the eighth seed next Thursday at Bristol (Tenn.) Motor Speedway to begin the Round of 10.

Tough race tonight, but you have made the Playoffs. What is your focus going into this?

“We wanted to build some momentum tonight, and we didn’t complete that, but in the same capacity, the regular season has not gone perfect for us and now we get a reset and we get to go try to be perfect. I’m just looking forward to it in my Safelite Toyota Tundra. We are going to race the heck out of them.”

Eckes finished the regular season sixth in the Gander Trucks point standings. The driver of the Safelite Tundra will start the playoffs eighth on the 10-driver playoff grid, two points ahead of the cutoff line. The bottom two drivers will be eliminated after the third event of the Round of 10 at Talladega (Ala.) Superspeedway on Oct. 3.

Eckes will be back behind the wheel of the No. 18 Safelite Tundra when the NASCAR Gander RV & Outdoors Truck Series resumes action on Thursday, Sept. 17 at Bristol (Tenn.) Motor Speedway. Live coverage of the UNOH 200 will be on FS1, Motor Racing Network and SiriusXM at 7:30 p.m. ET.