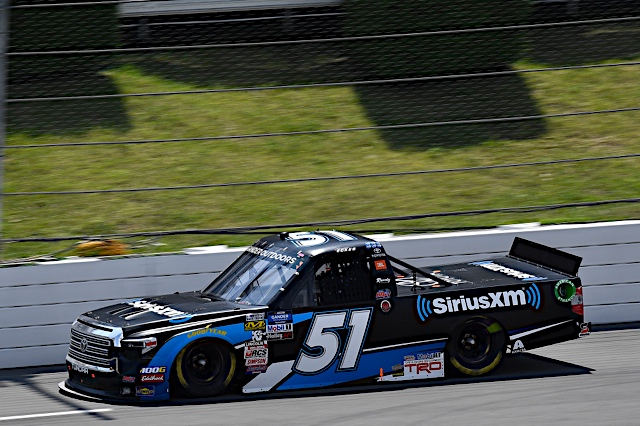 Drivers strapped in for 60 laps on Saturday afternoon and Eckes quickly began to move toward the front. At the end of the first stage, Eckes had made it to the seventh position, and as the laps wound down he climbed into the top five and took the checkered flag in fourth.

Finished with the win yesterday, and a solid top-five today. Talk about your Pocono experience.

“It’s a little frustrating, having a truck that good and not be able to win with it. Just kind of lost a lot of long run speed there. Overall, it was a great week. First and fourth. We will take this momentum and move on to Eldora and Michigan with KBM (Kyle Busch Motorsports) boys.”

Todd Gilliland, driver of the No. 4 Toyota Tundra, finished seventh

The No. 51 team leaves the 14th race of the season ranked first in the Truck Series Owner’s Championship Standings, nine markers ahead of second place, No. 98.

Christian Eckes will return to the No. 51 Tundra this week at Eldora Raceway, on Thursday, August 1. Live coverage of the Eldora Dirt Derby begins at 9:00 p.m. EST on FS1.