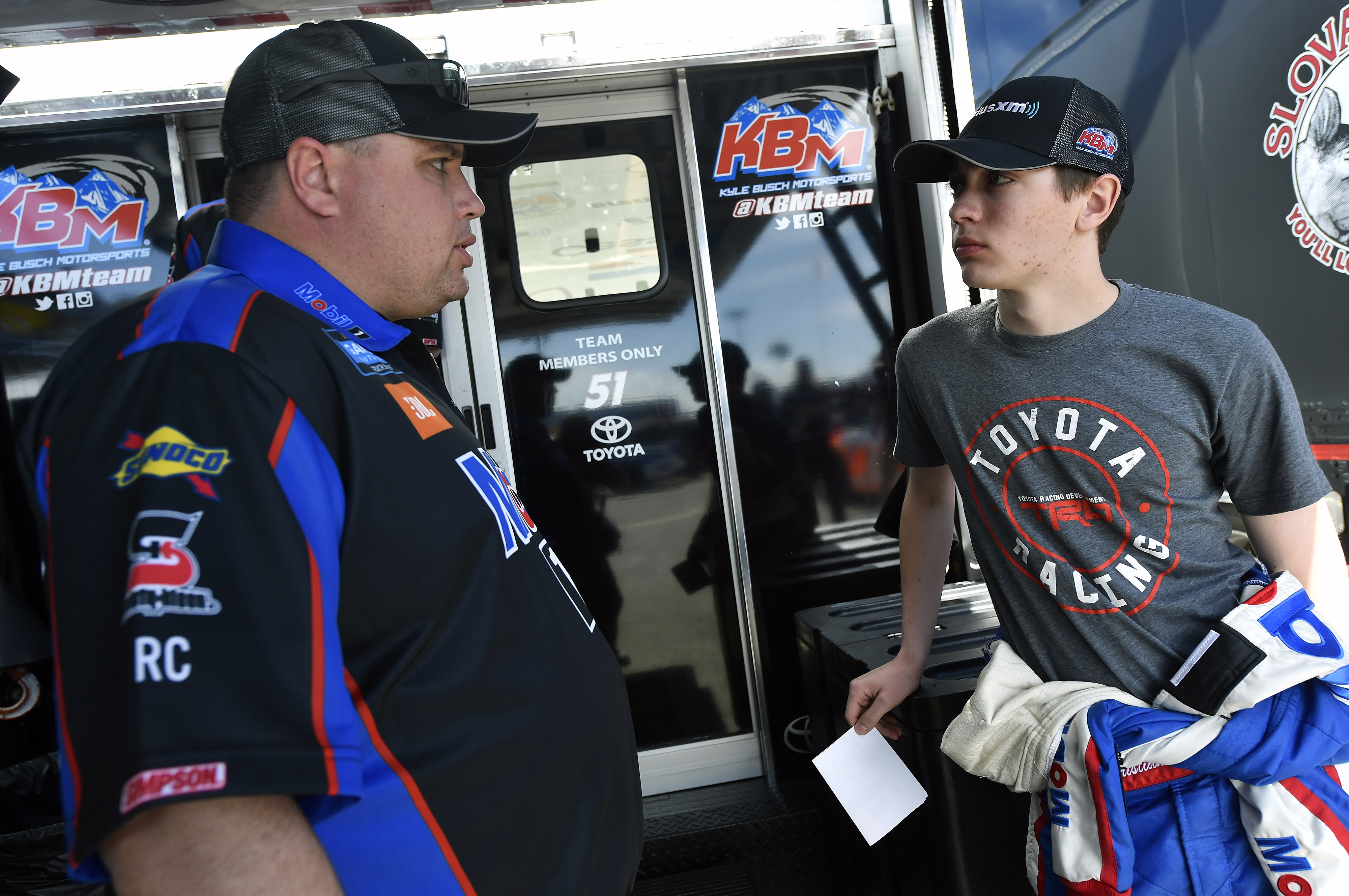 “Pocono has always been a really good place that I enjoy going to because it’s so different and there’s a lot of variables that go into it. I’ve always had a blast there in an ARCA car and I’m really excited to get in my No. 51 SiriusXM Tundra this weekend with Rudy (Fugle, crew chief) and all those guys because they do such a great job. I’m ready to go see what we’ve got.”

Is this kind of a home race for you?

“Yeah, I guess you could say so. It’s about an hour or an hour and half away from where I used to live in Middletown (N.Y.). I guess I’ll have a lot of family and friends in the stands and it will be cool to have them out there.”

How does double duty change your mindset?

“I did it at Gateway about a month ago now. It’s definitely challenging going from car to car, because they’re so different – the Camrys and the Tundras – so it will be a little challenging this weekend, but ready to take on the challenge and pick up two wins.”

KBM-058: The No. 51 SiriusXM team will unload chassis KBM-058 for Saturday’s Gander RV 150. This chassis is 1-for-1 with owner-driver Kyle Busch piloting to the victory earlier this year at Charlotte Motor Speedway in the chassis’ first outing.