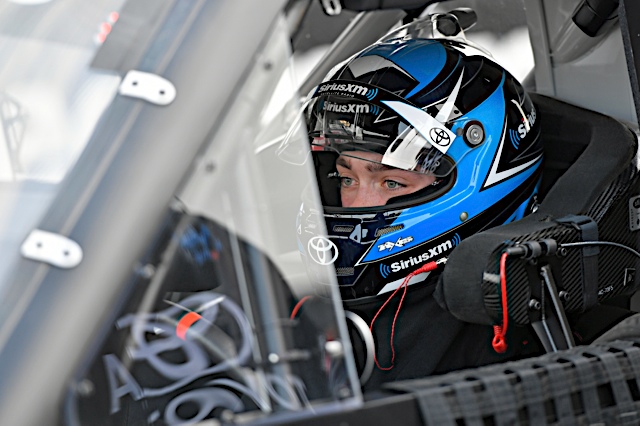 What are your expectations at Michigan in your first start?

“I’m expecting for the race to be a little crazy, to be honest. They get some big runs and stuff like that. It makes the race interesting, you always kind of plan for that and hopefully we’ll have a good weekend in our SiriusXM Tundra.”

You have one ARCA Series start at Michigan, what will the differences be in the truck?
“Obviously there’s a little bit of difference. We were wide open in the ARCA car for a little bit as well. I have a little experience with that going in. And hopefully being able to race and stuff like that will help me this weekend.”

KBM-038: The No. 51 SiriusXM team will unload chassis KBM-038 for Saturday’s Corrigan Oil 200 at Michigan International Speedway. This chassis has been raced 14 times and has ended up in Victory Lane in six outings. It was most recently raced to the win at Martinsville earlier this season by owner-driver Kyle Busch, and Chandler Smith started on the front row and finished eighth with it at Iowa in his first start. Noah Gragson, Christopher Bell and William Byron have all also had victories in this chassis.