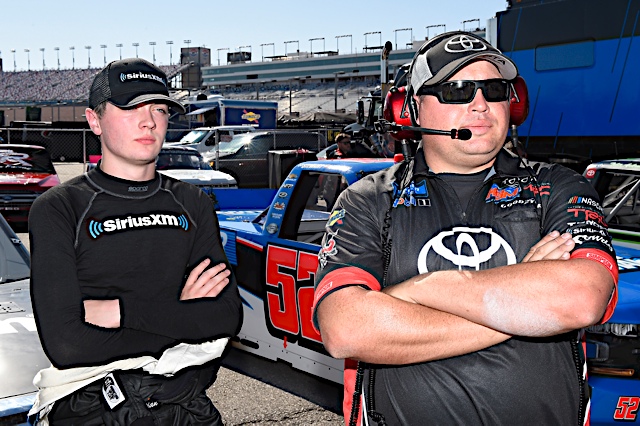 “I’m looking forward to getting back to Martinsville. I was able to make a start there last year and learned a lot for this year’s race. I’m excited to get back with [crew chief] Rudy Fugle and the No. 51 SiriusXM team.”

Is some of the pressure off now that you’ve wrapped up the ARCA title?
“I wouldn’t say the pressure is off. I still have a lot of pressure on myself to go out and win in the Truck Series this season. But I have a great team behind me and I’m really looking forward to the next two races I have with them.”

KBM-038: The No. 51 SiriusXM team will unload chassis KBM-038 which has been piloted to victory lane six times in 15 starts, most recently by owner-driver Kyle Busch at Martinsville earlier this season. Noah Gragson has one win at Kansas in the chassis, Christopher Bell raced it to three wins and William Byron won once at Homestead-Miami Speedway in KBM-038.