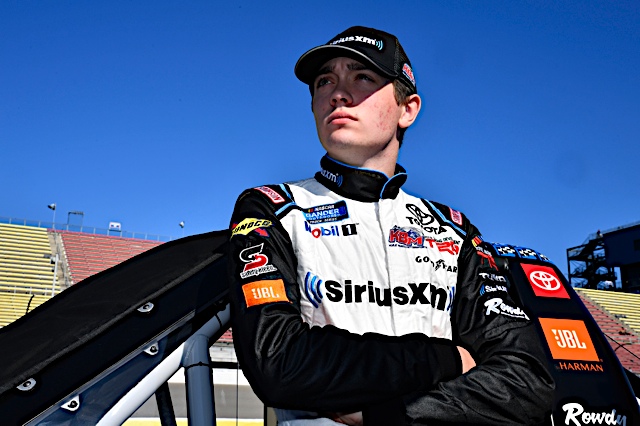 Are you looking forward to getting back in the No. 51 Tundra?

“Yeah absolutely. Every time I show up with the 51 team we seem to have a lot of speed. That aspect I’m really looking forward to, and hopefully we have the same speed that we’ve had the previous races and can finally be able to put together a whole race.”

Since you haven’t been to this track before, what are you doing to prepare?”
“Just the normal stuff. Film and notes, and I spent a lot of time at the simulator a couple weeks ago, so I’m pretty prepared. It seems like a really fun track and you’re able to move around a decent amount, so I look forward to the race and look forward to having some fun with the SiriusXM Tundra.”

KBM-058: The No. 51 SiriusXM team will unload chassis KBM-058 for Friday’s World of Westgate 200. This chassis has two starts, with one win by owner-driver Kyle Busch earlier this season at Charlotte Motor Speedway. Eckes also piloted this Tundra to a fourth-place finish at Pocono Raceway in July.