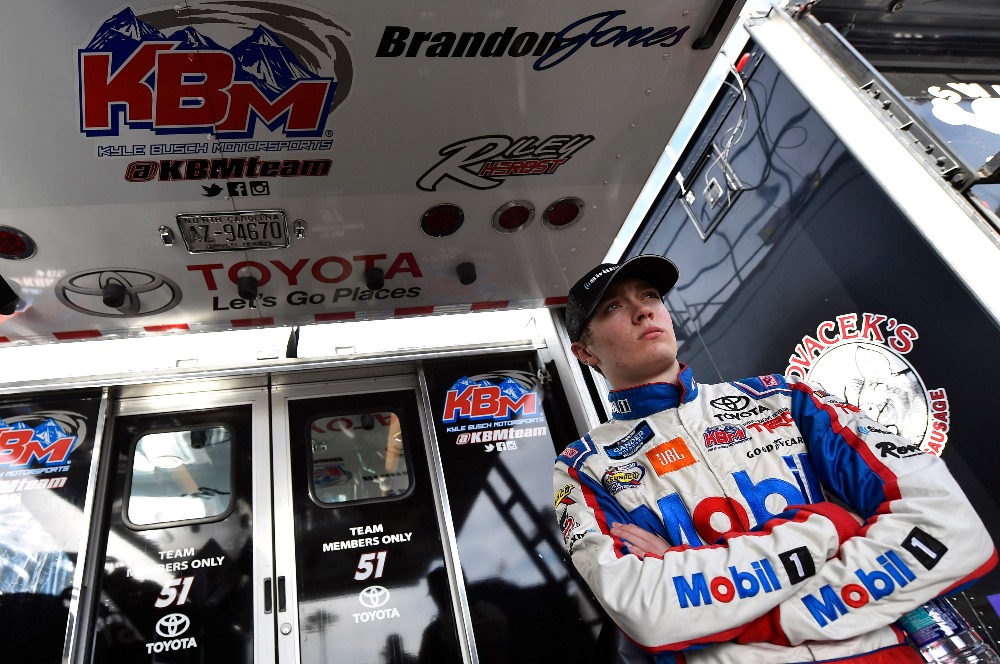 Talk about your experience last year at Gateway.

“I honestly felt like last year we had a shot to win the race. Unfortunately, we got taken out in Stage 3. We won Stage 2 and had a really good truck. I’m really just looking forward to getting back with these 51 guys. They’ve won six races so far with me out of the seat, and we’re ready to go make it number seven this weekend.”

What’s your favorite part about racing at Gateway?

“It’s a lot of different variables that go on. Last year they put the resin on the outside groove and [the race track] kind of changed the whole practice, qualifying and the race. It’s kind of cool to go to a racetrack like that.”

KBM-24: The No. 51 SiriusXM Racing team will unload KBM-24 for Saturday’s CarShield 200 at World Wide Technology Raceway. Eckes qualified second and led 34 laps with the same Tundra in last year’s race at Gateway. The Toyota has won three times across 14 careers starts; twice at New Hampshire Motor Speedway (Christopher Bell, 2017 and William Byron, 2016) and once at ISM Raceway (Erik Jones, 2014).