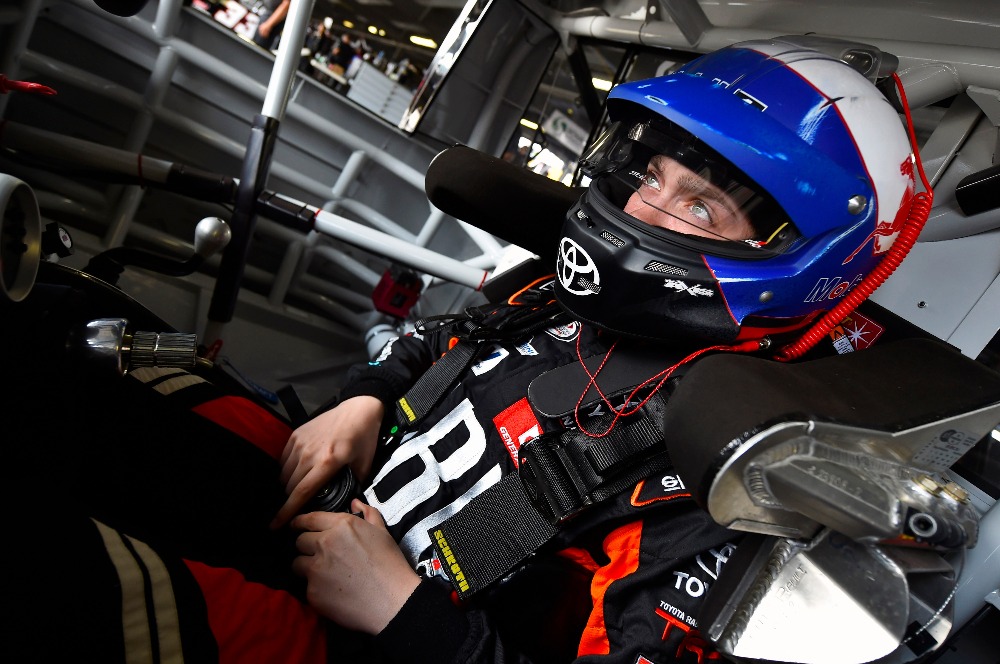 You sat on the pole and finished fourth in the ARCA race last weekend at Daytona, how will that help you in the truck?

Experience in the ARCA Race was really crucial. Even working with [KBM teammates] Harrison [Burton] and Todd [Gilliland] there on the last restart, I think that was crucial as well because it was our first start at Daytona, all of us, and to get that experience before we come back with the trucks is huge. It was my first start at a superspeedway in general, so it definitely provided a lot of aspects that I was unaware of before the race.

Who have you gone to for advice in the garage about Daytona?

Really just my entire team, and our teammates and everything. KBM as a whole has a lot of experience and years throughout the entire Daytona and Talladega scheme. It’s good to be partnered with such a great team and great sponsors like SiriusXM for my upcoming races.

What makes racing at Daytona so special?

KBM-051: The No. 51 JBL/SiriusXM team will race KBM-051 for Friday’s NextEra Energy 250 at Daytona (Fla.) International Speedway. This is a brand-new Toyota Tundra chassis.