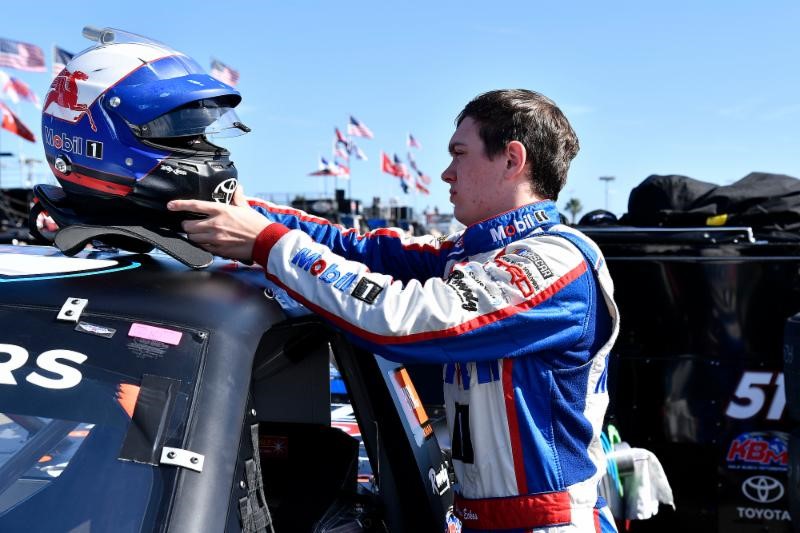 How different is it going to be to race on dirt this week?

“It’s going to be extremely different. I don’t have a lot of experience on dirt. What I do is on a mile. It’s definitely going to be different, but it looks like Eldora is a cool place to race dirt. It’s going to be a little bit of an adjustment for me, but I’m really excited to get in our No. 51 Mobil 1 Tundra.”

How close do you feel like you are to a win?
“I feel like we’re really close. At Pocono last week we were just missing it by a little bit to go run the leaders down. Obviously at Gateway I felt like we had a race winning truck. Hopefully we have that at Eldora this week, obviously it’s going to be a little different for me being on the dirt, but I’m excited to go see what we’ve got.”

KBM-134D: The No. 51 Mobil 1 team will unload chassis KBM-134D for Thursday’s Dirt Derby at Eldora. This chassis is a dirt-only chassis that has been raced four times at Eldora, notably Christopher Bell led 22 laps en route to a ninth-place finish in 2017.