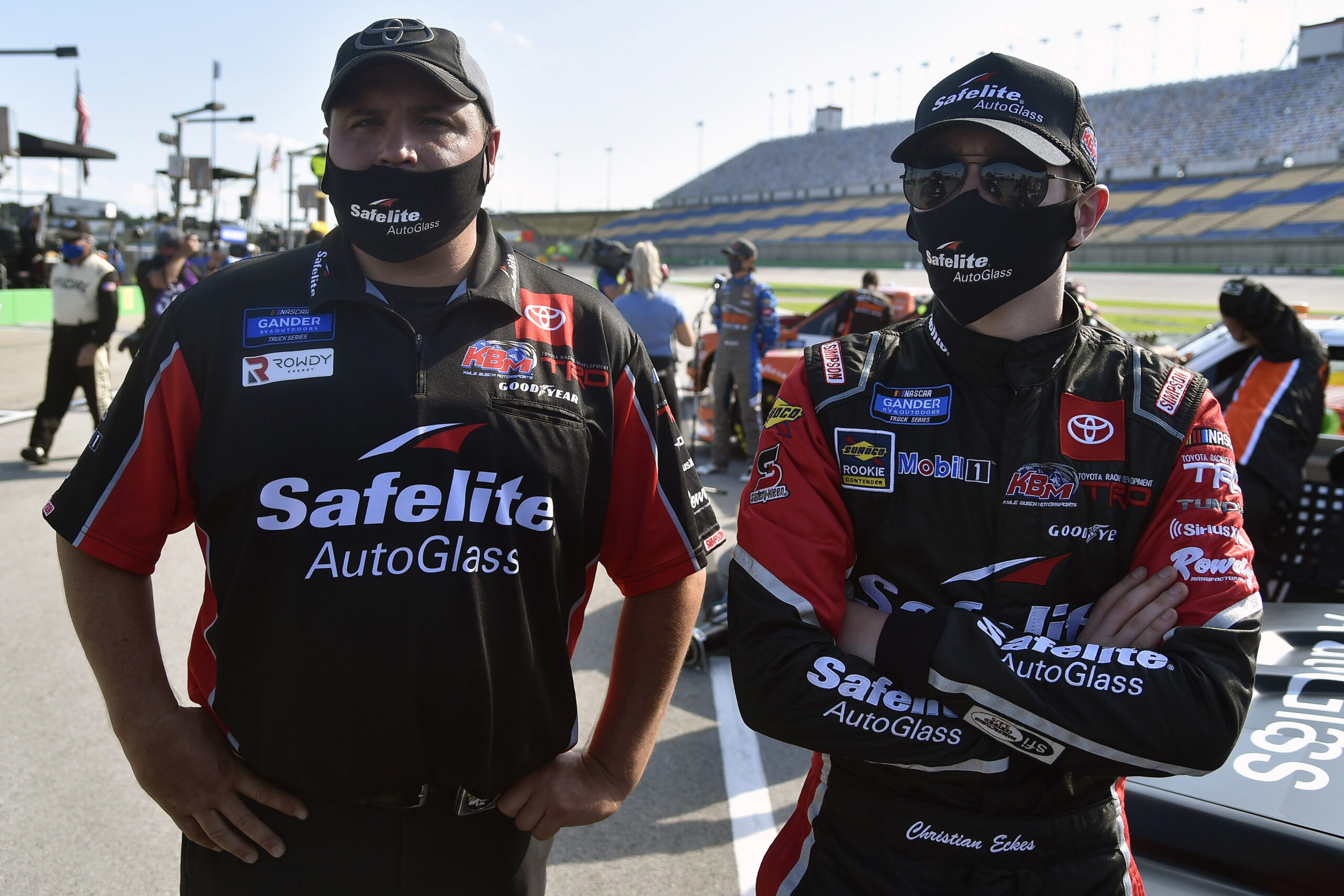 You have an average finish of 5.6 in your last three races on 1.5-mile tracks. What is the key to being successful on mile-and-half tracks?

“For whatever reason, I have been drawn to mile-and-a-halves. I have been pretty good at them, but I wouldn’t say great. I’ve gotten better over the last few races. I felt like Kentucky was the best race I’ve put together as far as making moves, on restarts, and on the aero games you have to play. It’s so much different than past series. It honestly takes a little bit to get acclimated to. I’ve felt like we’ve done a decent job, but not enough. Hopefully we can do that this weekend in Texas with our Safelite Tundra.”

The temperature is expected to be in the mid-90’s when the race starts. How do you prepare for racing in extreme conditions?

“There are a lot of things we can do for the heat. Obviously, we have the Toyota Performance Center which has a heat room where we can workout and get acclimated to the heat a little bit better. I have spent a lot of time in that this week so far and plan on doing some before the race. Obviously, we tested here in March in a little bit of different track conditions. It was a little bit colder. Obviously, the teams I don’t think they’ve ran in mid-July at Texas. I think the closest they’ve ran was the first week in June. It will be a little bit different handling wise. Overall, it should be about the same.”

Do you expect Texas to be similar to Kentucky last week where it’s a one-groove track and it’s hard to pass?

“The track is pretty similar to Kentucky, honestly. It’s almost like the track is flip-flopped. (Turns) One and Two at Kentucky is kind of like (Turns) Three and Four at Texas. It’s the opposite for the other turns. It’s definitely good to run there (Kentucky) before. It’s going to have a lot of characteristics. It is a one lane racetrack and is really hard to pass. It’s just all about timing and momentum. We will see what happens, but overall, I’m looking forward to getting to the track.”

KBM-055: The Safelite AutoGlass team will unload KBM-55 for Saturday’s Vankor 350 at Texas Motor Speedway. The Tundra went to victory lane with owner-driver Kyle Busch behind the wheel at Texas last March and Greg Biffle at Texas in June. Across seven starts overall with five different drivers, the chassis has an average finish of 2.3 and has not finished outside the top five. Eckes equaled a career-best with a third-place finish at Atlanta Motor Speedway in Hampton, Ga., driving KBM-55 in June.