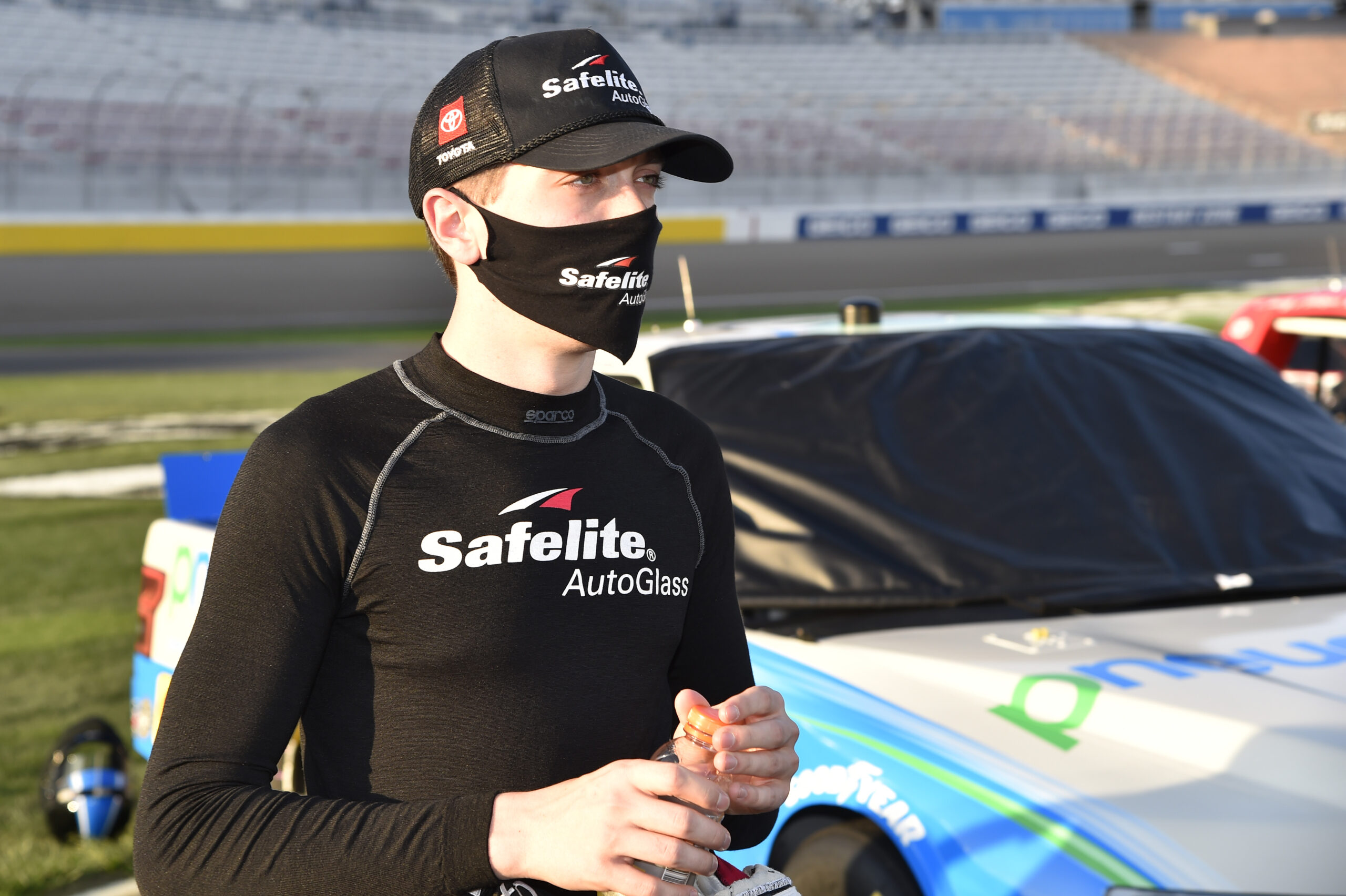 After finishing second to Kyle at Teas in July have you had this race circled on your calendar?

“I always look forward to going to Texas. It is a really fun racetrack and one I’ve had some speed at in testing and the race. I finished second there to Kyle in the last race there. It’s a place I really enjoy going to. I’m really confident in our Safelite team, and hopefully, we can go get our first win of the year.”

Do you feel like the track conditions will be the same at they were in July or will they be different?

How crazy are late-race restarts in the Truck Series?

“They are pretty crazy. Last weekend they were insane. Unfortunately, I was sleeping a little bit. You have to be on your game when it comes to restarts. In the same aspects, I learned a lot from last week and can put that into use and not screw up as bad.”

KBM-55: The No. 18 Safelite AutoGlass team will unload KBM-55 for Sunday’s race at Texas. KBM-55 is the same truck that Eckes finished second with in the July race at Texas this year and finished third with it at Atlanta Motor Speedway in Hampton, Ga. in June. The Tundra has visited victory lane at Texas twice; with owner-driver Kyle Busch behind the wheel last March and with Greg Biffle last June. Busch also was victorious with KBM-55 at Atlanta in 2019. Overall, across eight-career starts, the Tundra has an average finish of 2.25.