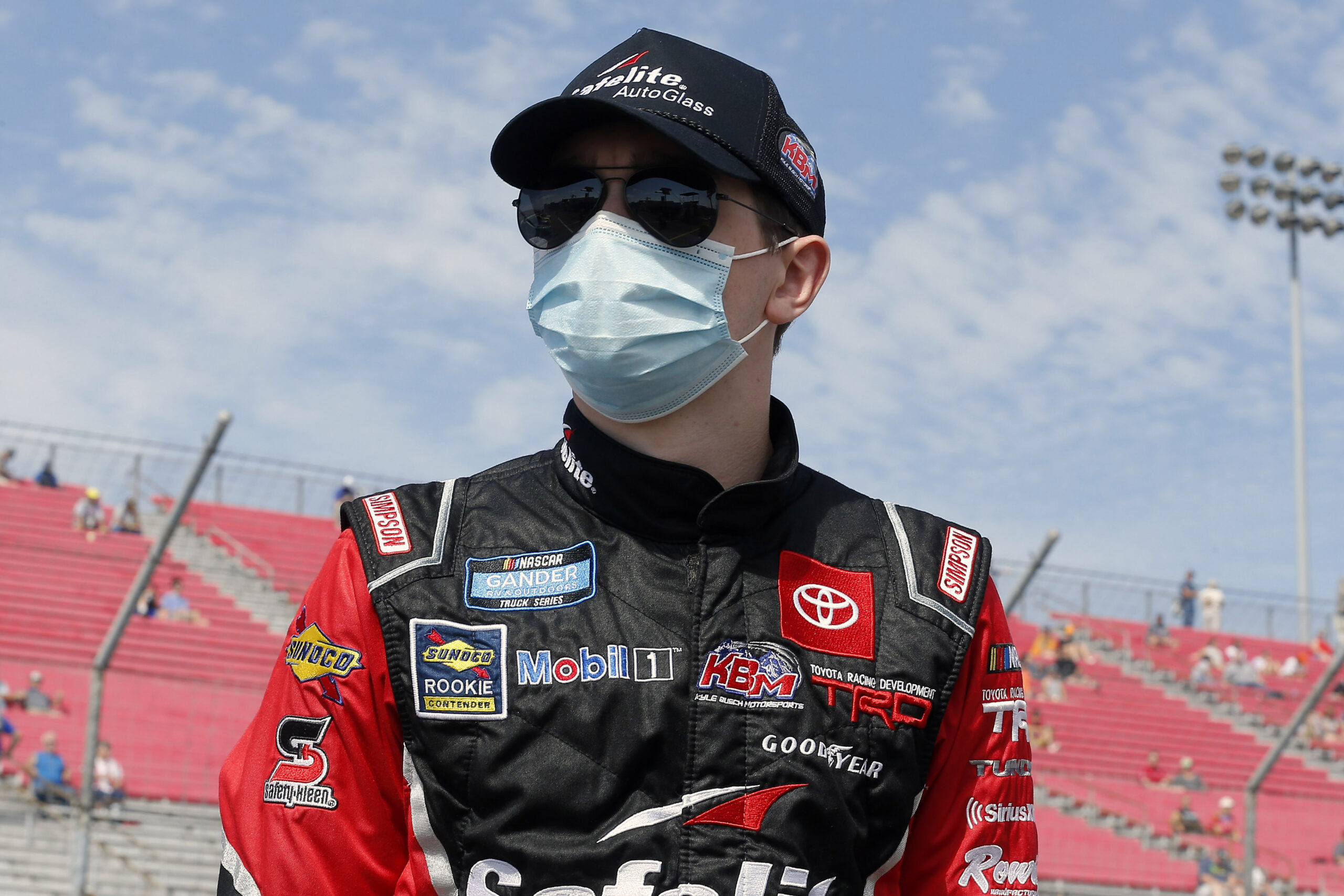 Having solidified your spot in the playoffs via points last week, how will you approach the final race of the regular season at Richmond?

“It’s going to be pretty nice actually. There is not as much stress. We can just go race and get playoff points. Obviously, we haven’t received any of those this year. We have the opportunity to get seven here this weekend, and we are going to try and do that. Richmond’s kind of a place I think that will suit my driving style. Growing up on short tracks and stuff, so hopefully that is the case. I’m looking forward to getting in my Safelite Tundra this weekend.”

How do you prepare for a racetrack that you haven’t been to, there is no recent film to watch of truck races and your team doesn’t have a notebook on?

“There’s a lot we can do to prepare still. Obviously, we have the simulator at TRD. There’s also a lot of film from the last few years. The Cup series and Xfinity Series race there twice a year, so I will definitely be looking back to mostly last year. There are a couple of onboard cameras that I have circled and want to watch. I’ll definitely watch those to prepare.”

What would it mean to you to get your first Truck Series win in a race sponsored by Toyota?

“It would mean a lot. We haven’t gotten a win yet. We’ve definitely been close a few times. If we’re able to that at a Toyota sponsored race, then it would be really special, especially with how much Toyota has done for me over the years. Hopefully, we can do that in the ToyotaCare 250 and bring home a win for the Safelite AutoGlass team as well.”

KBM-68: The No. 18 Safelite AutoGlass team will unload KBM-68 for Thursday night’s race at Richmond. The Tundra debuted in August at World Wide Technology Raceway at Gateway, where Eckes was running second in the Final Stage before a driveshaft issue relegated him to a 32nd-place finish.