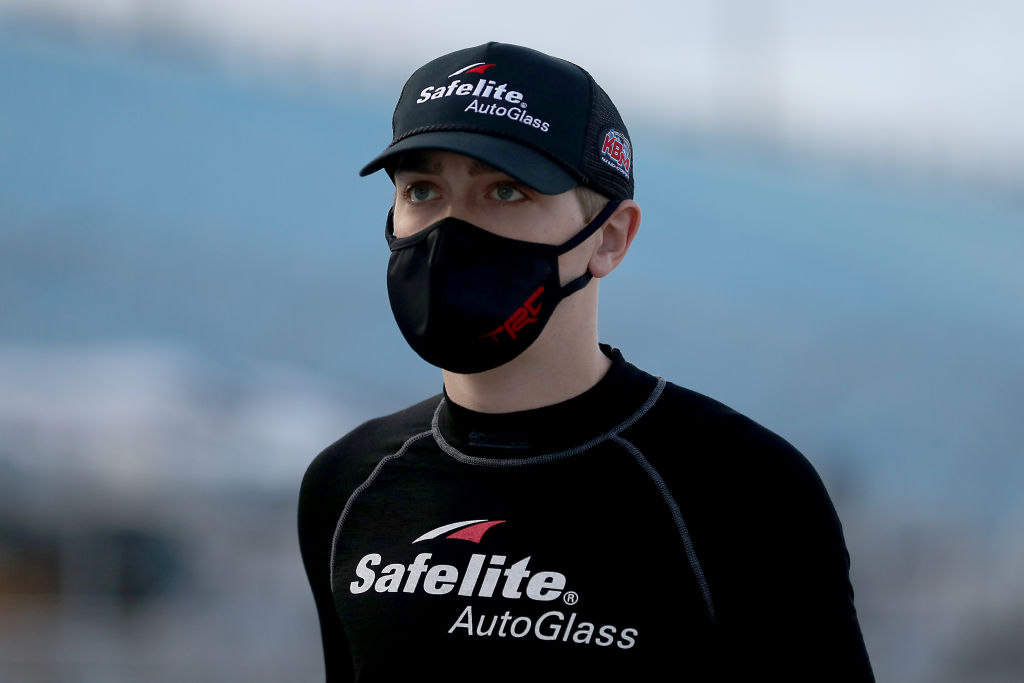 You won at Pocono last year in the ARCA Menards Series and finished fourth in the truck race. Do you feel like it’s a track that fits your driving style?

“Yeah — Pocono has always been a place that I’ve enjoyed going to over the years. I’ve raced four times in the ARCA car and once in the trucks. It’s probably one of the places I’ve been to the most in my stock car career. It’s definitely a place I enjoy. It’s real flat. For whatever reason, I really like the flat tracks and have had success on them. I feel like it will be the same way in our Safelite Tundra this weekend.”

Which turn at Pocono is the trickiest?

“It honestly depends. Like last year in the truck series, I felt like the tunnel was the hardest because you have to drive it so hard with how much downforce and stuff these trucks have. In the ARCA car, it has always been Turn 3. I feel like three is a big handling part of the track. It leads to the longest part of the straightaway. You definitely have to be good at that end, but I would say the hardest turn is probably Turn 2 to get through correctly and not lose time.”

You are currently second in points. How would you evaluate the early portion of your season?

“I feel like the first portion of the season has gone OK. It hasn’t been perfect by any means, but we have shown speed and have shown we can contend on a weekly basis. We started the season not well in 22nd and 23rd, but followed it up with a 14th at Charlotte. We were able to bounce back at Atlanta and Homestead and pick up a top-five and top-10. I feel like we are on the right track and making strides to where we need to be, but we still have a little bit to go. Hopefully we can close that gap a little bit here at Pocono.”

KBM-065: The No. 18 Safelite AutoGlass team will unload KBM-65, a brand-new Tundra, for Saturday’s Pocono Organics 150 at Pocono Raceway.