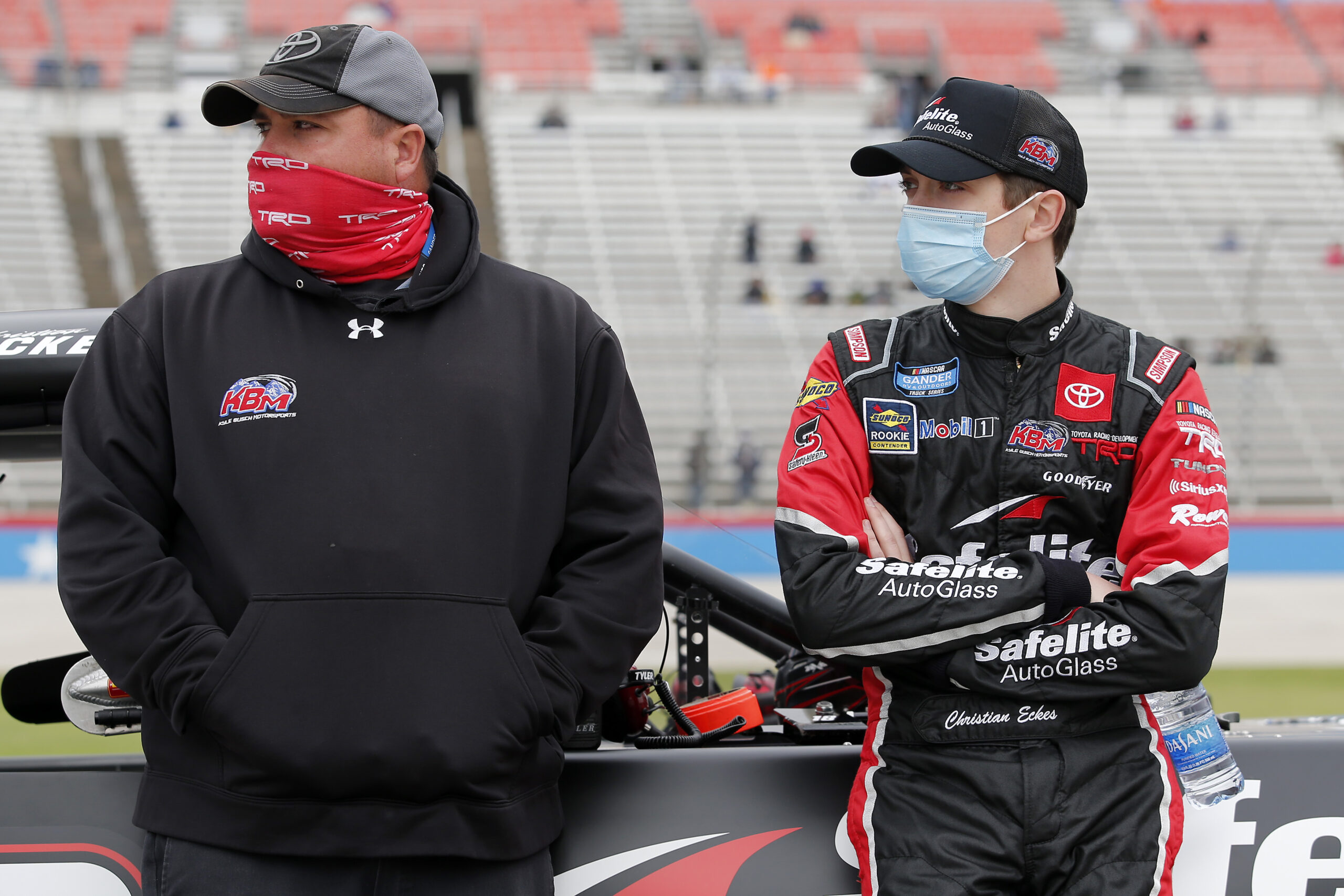 Does it help going into Martinsville that you’ve made two starts there already?

“Having the two previous starts at Martinsville is definitely going to help going into this weekend at Martinsville. With not having practice and qualifying this year, it is pretty crucial to have been to places. I haven’t really had that fortune that much this year, but thankfully, I’ve been to Martinsville twice. I ran pretty well at both. I had a lot of speed in 2018 and finished ninth. Last year, we had a truck to win the race but got wrecked with just a couple of laps to go. Overall, I am looking forward to getting in my Safelite Tundra.”

Do you think the Truck Series needs more short tracks on the schedule?

“Yes and no. With a short track background, I really like going to them. In the same aspect, I feel like the Truck series is a good mix of 1.5-mile tracks, road courses, short tracks and stuff in that nature. I wouldn’t mind a few added to the schedule. We will have to see what the 2021 schedule looks like.”

Is it important to finish these next two races strong?

“It’s super important. With not knowing what my future looks like, I definitely want to go run the best I can in the next few races to try to solidify that. I’m really looking forward to getting to Martinsville this weekend. We haven’t won yet this year, so that is definitely at the top of the list as far as our team goals are. We definitely want to give Rudy a last win before he goes and moves on to the Cup Series.”

KBM-38: The No. 18 Safelite AutoGlass team will unload KBM-38 for Sunday’s race at Martinsville. The Tundra has visited victory lane six times across 19 starts, most recently by owner-driver Kyle Busch at Martinsville (Va.) Speedway in March of 2019. Noah Gragson was victorious at Kansas with “38 Special” in 2018, Christopher Bell raced it to three wins and William Byron won with it in it the first time it saw the track; at Homestead-Miami Speedway in November of 2016. Eckes won the pole at Martinsville last October with KBM-38 and most recently drove it to a runner-up finish in the second race of a doubleheader in July at Kansas Speedway in Kansas City.