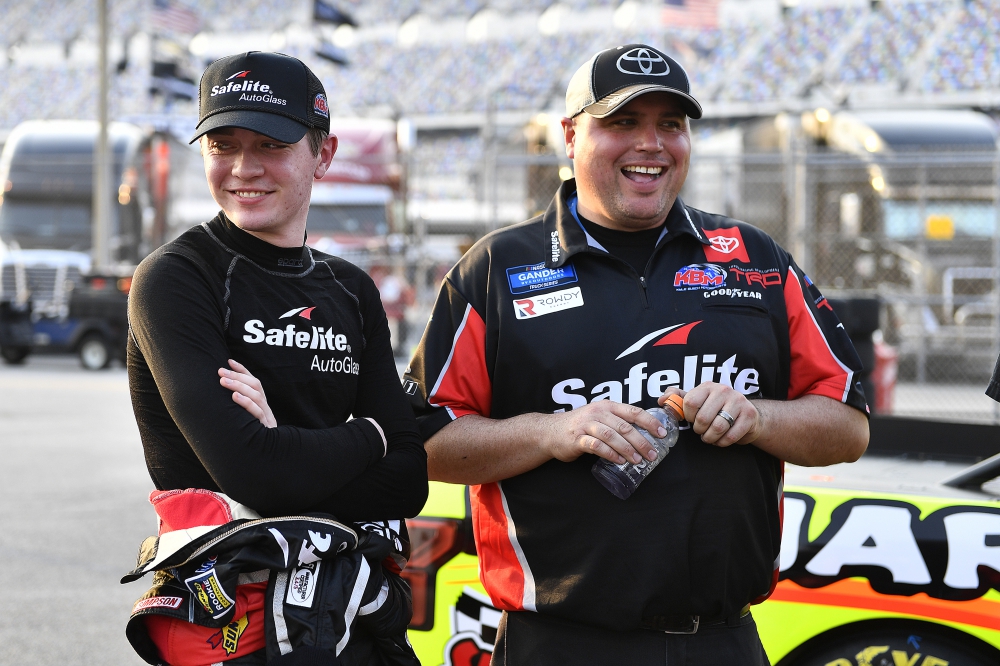 After finishing third in both of your starts at mile-and-a-half tracks last season, what is your comfort level at those tracks?

“It makes you super comfortable. Ending the year with a bunch of good runs on the mile-and-a-halves and getting a lot of experience really helps for this year. I can go into Vegas, know the lines, know how it races and I feel like that is super important. Really looking forward to getting there in my Safelite Tundra.”

What did you think about how well Safelite supports their racing program?

“It was super cool to be a part of. To meet all of their associates and customers – it meant a lot to me. I think we had between 40 and 50 people out last week and they were all my biggest fans. That was cool to see and I’m really thankful for their support.”

KBM-58: The Safelite AutoGlass team will unload KBM-58 for Friday night’s Strat 200 at Las Vegas. The Tundra has four previous starts, including a win with owner-driver Kyle Busch last May at Charlotte (N.C.) Motor Speedway. Eckes recorded top-five finishes in both of his starts with this chassis last season, including a third-place finish in September at Las Vegas.