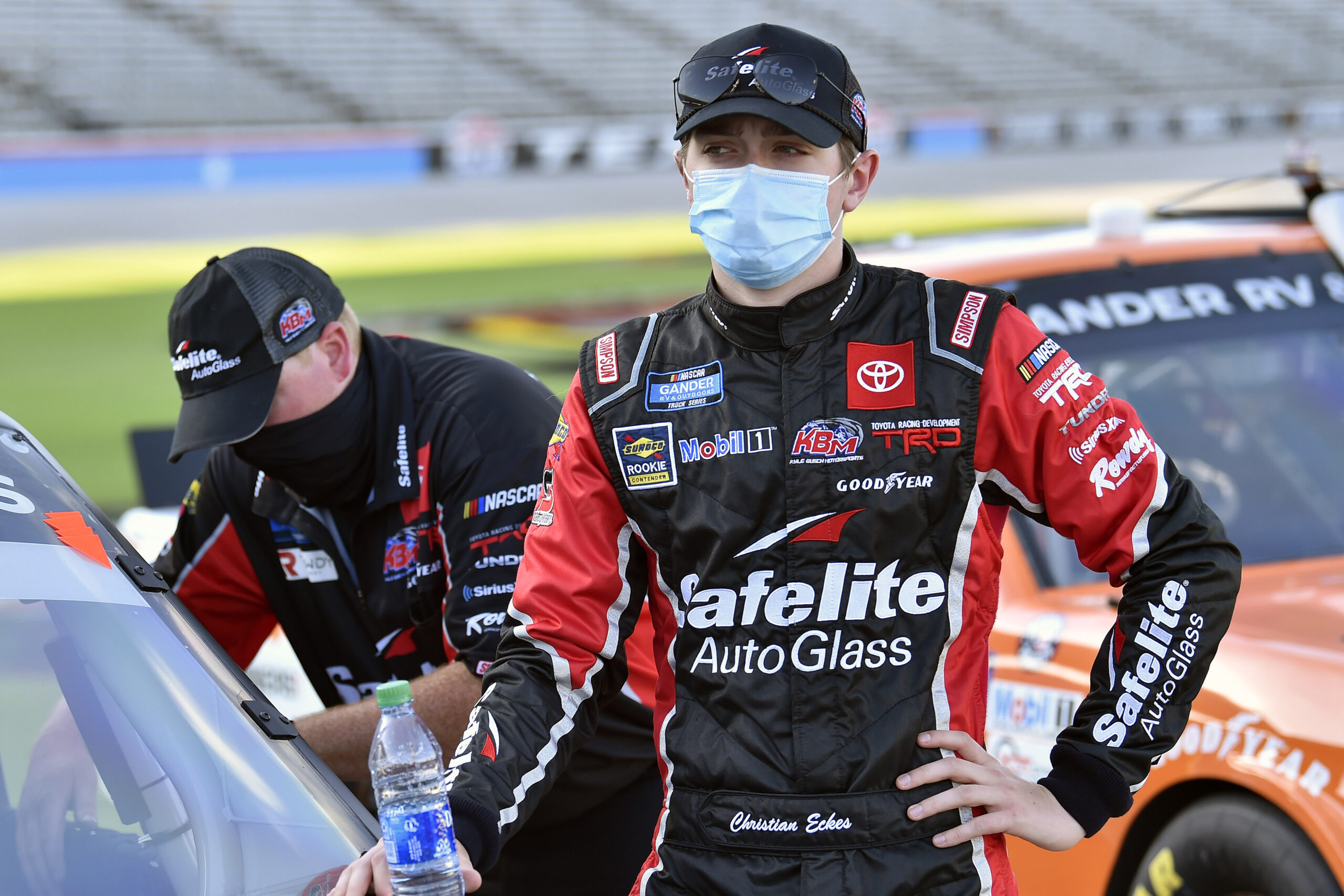 After battling Kyle for the win last week do you enter this week’s races at Kansas with more confidence?

“Yeah — I definitely say that it gave me a bode of confidence. To battle with the best like that and probably the best in NASCAR is the best confidence booster. As a whole for our team, it proves that we can compete and compete to win races. I’m definitely looking forward to getting to Kansas. It is a place I’ve won at before and a place Rudy has to. I am looking forward to getting to the racetrack this weekend.”

Will you approach Kyle and ask for his advice on things you could’ve done better near the end of last week’s race at Texas?

“Yeah — I definitely will. There are certain things he did at the end of the race that blocked my air that I’ve never done before. I’d like to ask him about that, as well as, the pit road stuff. I’m trying to get a little bit better. I feel that we were OK compared to the truck guys, but at the same time, Kyle blew our doors off. I need to be a little better at that, and I’ll be sure to ask him about that to get better.”

Will your mindset in Friday’s race be any different knowing that you have to run the same truck Saturday or start at the rear?

“Yeah definitely. I have confidence in our No. 18 Safelite AutoGlass group that no matter what happens, we will have a good truck for both days. I will definitely be a little bit cautious. Obviously, I want to run the same truck on both nights and not have to start at the rear. At the same time, we will definitely be going for it. This team can contend for wins and that’s what we’re trying to go do. I wouldn’t say that we are going to change our mindset too much, but it will definitely be in the back of my head.”

KBM-38: The Safelite AutoGlass team will unload KBM-38 for this weekend’s races at Kansas Speedway. The Tundra has visited victory lane six times across 17 starts, most recently by owner-driver Kyle Busch at Martinsville (Va.) Speedway in March of 2019. Noah Gragson was victorious at Kansas with “38 Special” in 2018, Christopher Bell raced it to three wins and William Byron won with it in it the first time it saw the track; at Homestead-Miami Speedway in November of 2016.