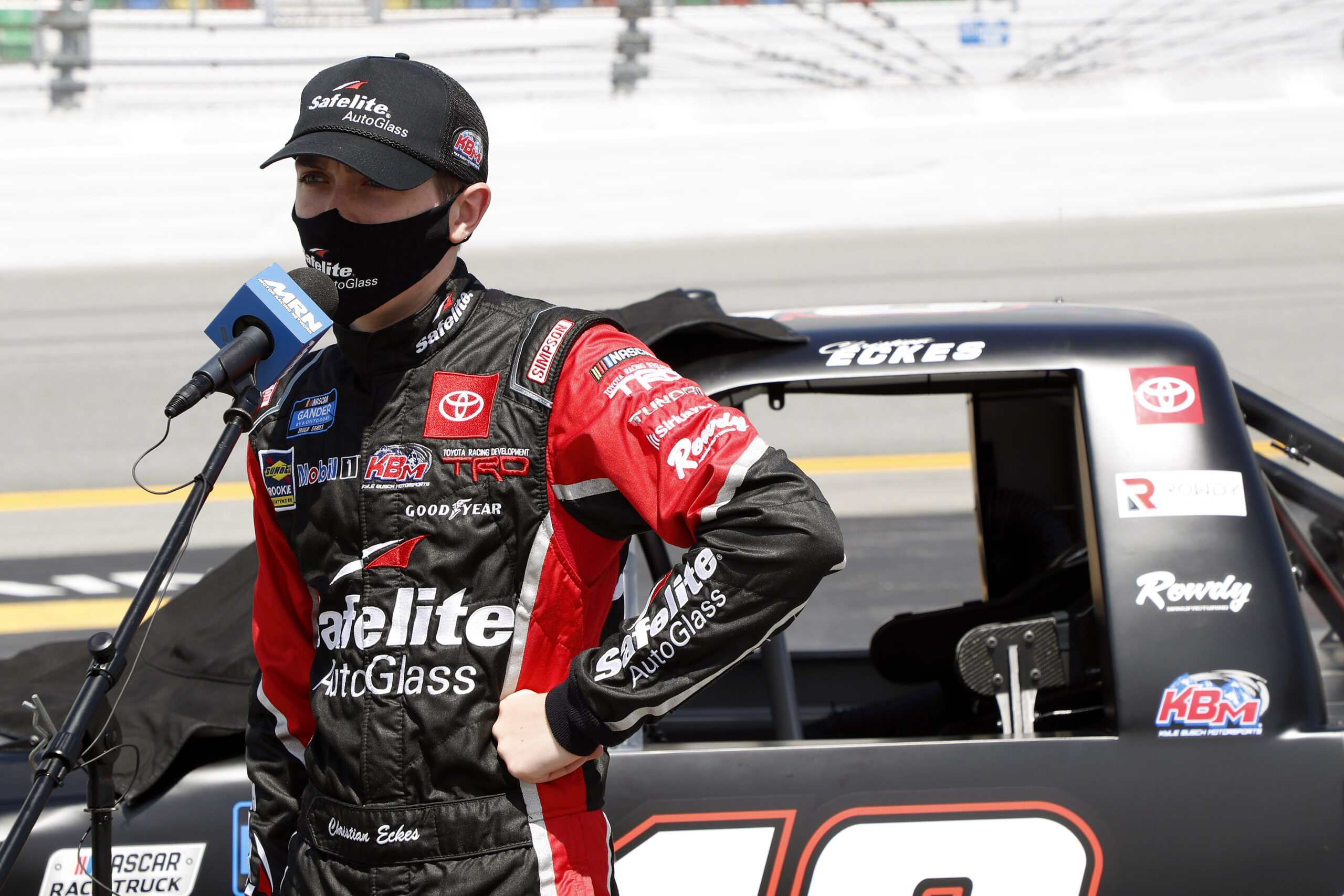 Are you looking forward to the first short track on the Truck Series schedule this season?

This is your first start in any series at Dover. Are there any tracks on the ARCA schedule that you feel are comparative?

“Yeah. From running on the sim and stuff, it seems like it almost like a Salem or a Winchester. Those are probably the closest comparison with just how hard you drive it, how much grip and use the throttle at those types of places. I haven’t really run at Winchester in a while, but I would probably say that is the closest one of the two. In the same aspect, those are racetracks I really enjoyed going to. I’m really looking forward to the race this weekend.”

Does having an extra $50,000 on the line for the Triple Truck Challenge give you any extra motivation?

“Yeah — I’d say for sure. I’m trying to buy a house here, so I could use the extra money. As a whole, I’m not really thinking about that. I’m thinking about putting our Safelite Tundra in victory lane. We’ve been really close over the past few weeks. Obviously, the road course didn’t go as planned toward the end, but we still had a lot of speed. Overall, we are making strides. We are doing everything right. We’ve got to fully put a race together and put a weekend better, so I think we’ll be in good shape. Hopefully we can do that this weekend at Dover.”

KBM-58: The No. 18 Safelite AutoGlass team will unload for Friday’s race at Dover. The Tundra has six previous starts, including a win with owner-driver Kyle Busch last May at Charlotte (N.C.) Motor Speedway. Eckes led 10 laps and finished second in both stages of this year’s Las Vegas event before being forced into the wall early in the third stage and limping home to a 23rd-place finish and most recently finished 14th with it at Charlotte in May.