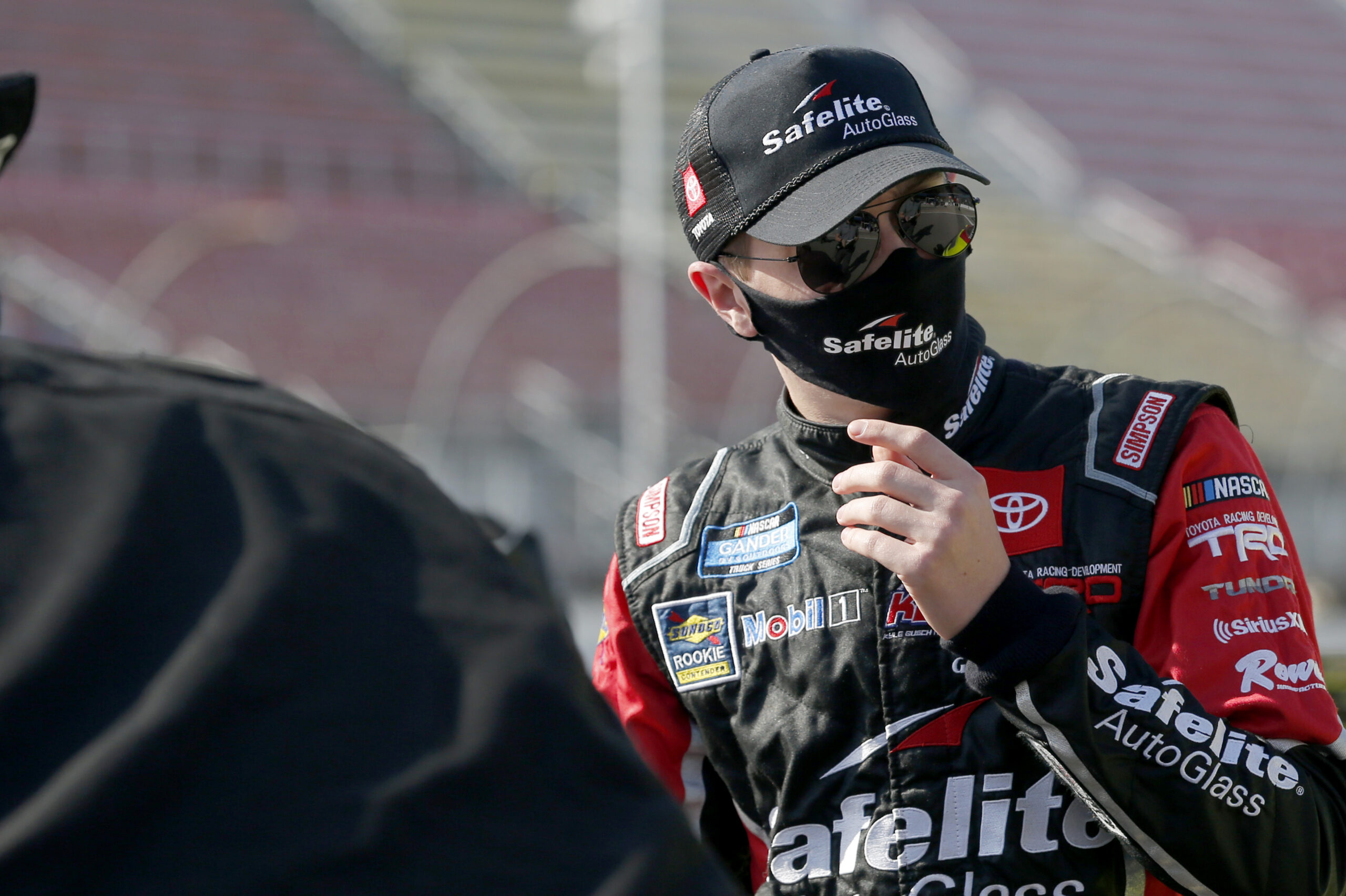 You have not raced on a road course since your legend car days. How are you preparing for this race?

“Yeah — I definitely don’t have the most road course experience. I’m definitely doing a lot to prepare. Obviously, simulator time, a lot of film watching, and I’ll iRace some this week to try and learn a little bit. There are a lot of things I can do with all the resources I have to get us prepared as possible. I really look forward to getting into my Safelite Tundra this weekend at Daytona.”

What is your goal for your first NASCAR road course race?

“The biggest thing for me is that I’m looking to have some fun. I kind of did the same thing at Eldora last year. I didn’t have much expectations and went in there looking for a good result. I feel like it is the same here at Daytona. I’m going to have some fun. Like I said, I’m not used to shifting that much in everything, but at the same aspect, I really look forward to race.”

With five drivers already locked into the 10-driver playoffs, how do you feel about where you stand in the point standings?

“Yeah — I’d say I feel pretty comfortable. In the truck series, it is so hard to get into the playoffs. We are in a decent spot right now but not as good as I would like to be. We have a bunch of races left, so we have plenty of racing to do and plenty of opportunities to go and punch our ticket. We are going to do everything we can. We are getting closer. Obviously, with the three second-place finishes in the last four, we are knocking at the door but have to get that thing down. We are doing a good job. We are doing a good job of getting points. We just got to be a little bit more secure and get a win. Hopefully, we can do that this weekend in Daytona.”

KBM-X134: The No. 18 Safelite AutoGlass team will unload X134 for Sunday’s race on the Daytona Road Course. This is the same chassis that Erik Jones won with at Canadian Tire Motorsport Park in 2015. Prior to being converted to a road course truck for the 2014 season, the Tundra was victorious at Martinsville (Va.) Speedway in October of 2012 with Denny Hamlin. The chassis was acquired by KBM when it bought the assets of former Truck Series team Xpress Motorsports prior to beginning the organization’s inaugural season in 2010.