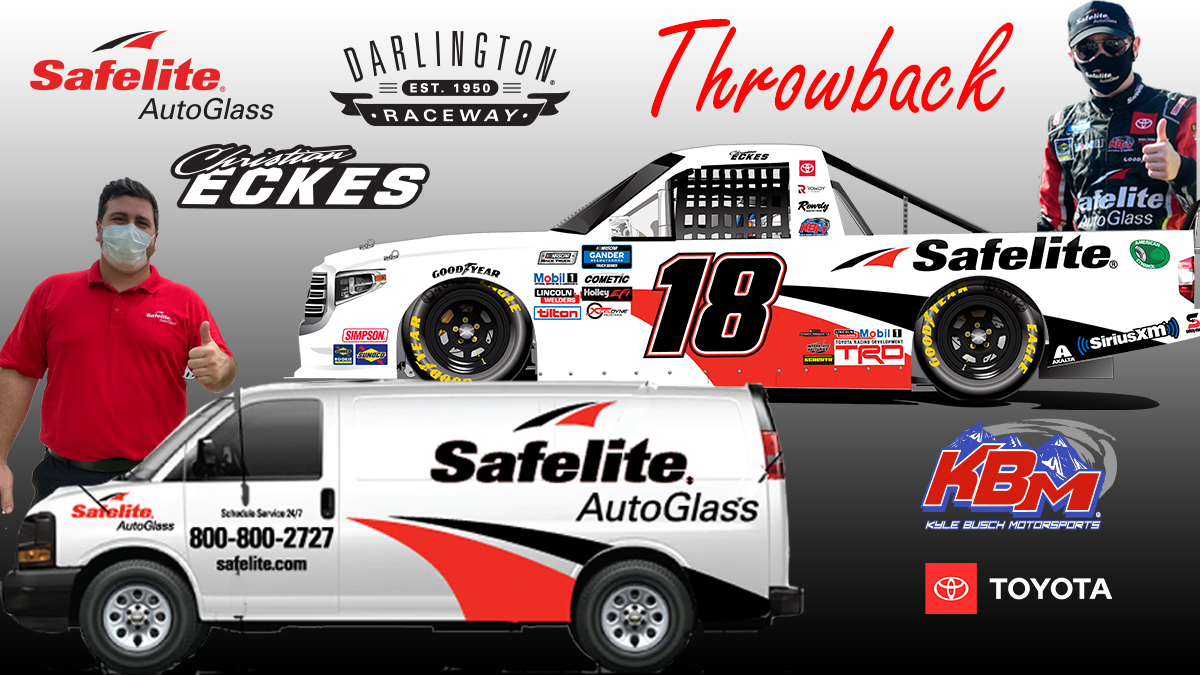 Often at Darlington, crew chiefs tell a driver to race the track and not the other trucks. How hard is that to do as a driver?

“Darlington is a very interesting place. I’ve never raced there, but you definitely have to race the racetrack a little bit more than the other competitors. As race car drivers, that is a little bit different for us not going full bore and trying to pass everybody we can. It’s going to be a fun race. I feel good about our Safelite Tundra team’s chances this weekend. It’s a little bit of a dark horse for everyone n ot really racing there for nine or ten years. I’m looking forward to it. It will be a lot of fun.”

“Maybe. It’s been a long time since I’ve been in a super late model, but the days of tire conservation the entire race has been behind me. Hopefully, I can learn that again this weekend. Tire falloff is really big here. It is probably the worse we will have as far as a feel wise for the year. I will kind of have to learn that all over again, but in the same aspect, I’m really looking forward to getting in my Safelite Tundra.”

“My favorite NASCAR paint scheme is probably Jimmie Johnson from 2012 and 2013. I always liked the two stripes and how clean it looked. It’s not really a throwback yet, as it was only a couple of years ago, but in the same aspect I would say it is my favorite.”

KBM-55: The No. 18 Safelite AutoGlass team will unload KBM-55 for Sunday’s race at Darlington. Eckes has piloted this Tundra twice this year, collecting a runner-up finish to KBM owner-driver Kyle Busch at Texas Motor Speedway in Fort Worth in July and a third-place finish at Atlanta (Ga.) Motor Speedway in June. Kyle Busch took this Toyota to victory at Atlanta and Texas last year and Greg Biffle also won with it at Texas last June. In eight career starts since November of 2017, KBM-55 has yet to finish outside the top five.