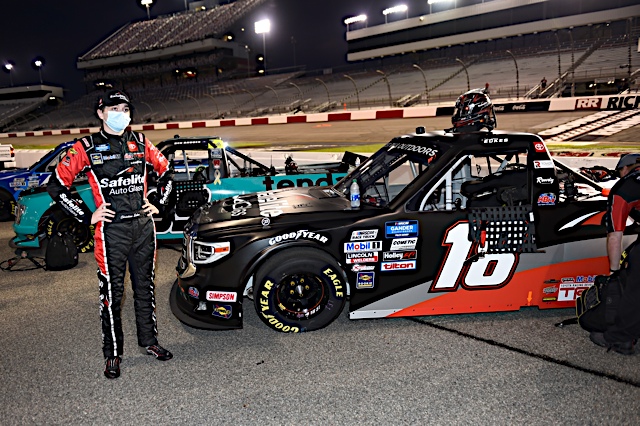 With entering the playoffs as the eighth seed and being two points above the cutoff line, will you be on offense or defense?

“I’ll probably just wait and see what happens. The playoff round is three races and a lot can happen. I think there are a lot of points to be gained, but there are also a lot of points to be lost. We have to kind of be conservative, but in the same aspect, we want to go win. We want to advance into the next round, so we are going to just see what happens. We are ready for it.”

“The 2019 test will help pretty dramatically going into this race. I’ve never raced here. That test was pretty crucial in me learning the racetrack as well as learning the tricks and tips you need for the setup and driving around it. I’m looking forward to it. The start of the playoffs is going to be a lot of fun. I’m looking forward to the next seven races with my Safelite AutoGlass team.”

Of the three races in the first round, which one do you think you have the best shot of winning?

“I’d probably say either this race at Bristol or Las Vegas. I ran really good at Vegas in the spring time. I felt like we had something for Kyle (Busch) before we were wrecked. Obviously, having a short track background should help a little bit. I’m looking forward to all three really. Talladega is a lot of unknowns, but in the same capacity, we can go win there as well. We’ll see what happens.”