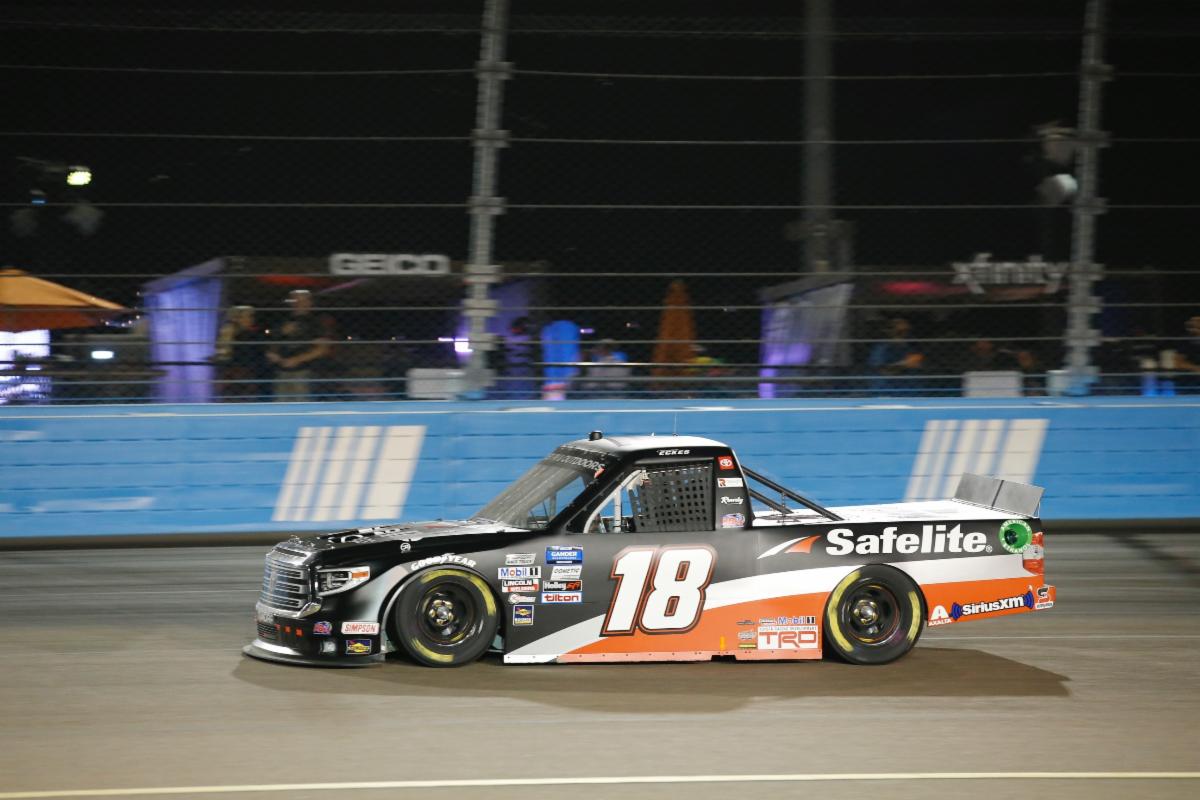 Christian Eckes finished the 2020 season at Phoenix Raceway on Friday night with the seventh top-five finish of his rookie campaign.

Eckes and the No. 18 team ended the 2020 season eighth in the driver point standings. He finished second in the rookie of the year standings to Zane Smith. Across 23 starts, the 19-year-old driver collected seven top-five and 11 top-10 finishes, including three runner-up results.

Christian Eckes, driver of the No. 18 Safelite Tundra for Kyle Busch Motorsports

Solid top-five finish after a wild final restart. How was the finish from your seat?

“I chose the bottom. On those last restarts, I saw that you can make moves, go low and go really wherever you need to. That played in our favor, pretty well overall. I wish we would have been a little bit lower, maybe, we would have been in front of the 2 (Sheldon Creed). Not sure if we had the speed to beat him, but the track position definitely could have helped. Overall, pretty proud of my team. We were able to get Chandler (Smith) up there to get a top-five too, and I think all three of our Tundras were in the top-five too. It was a good day for KBM.”