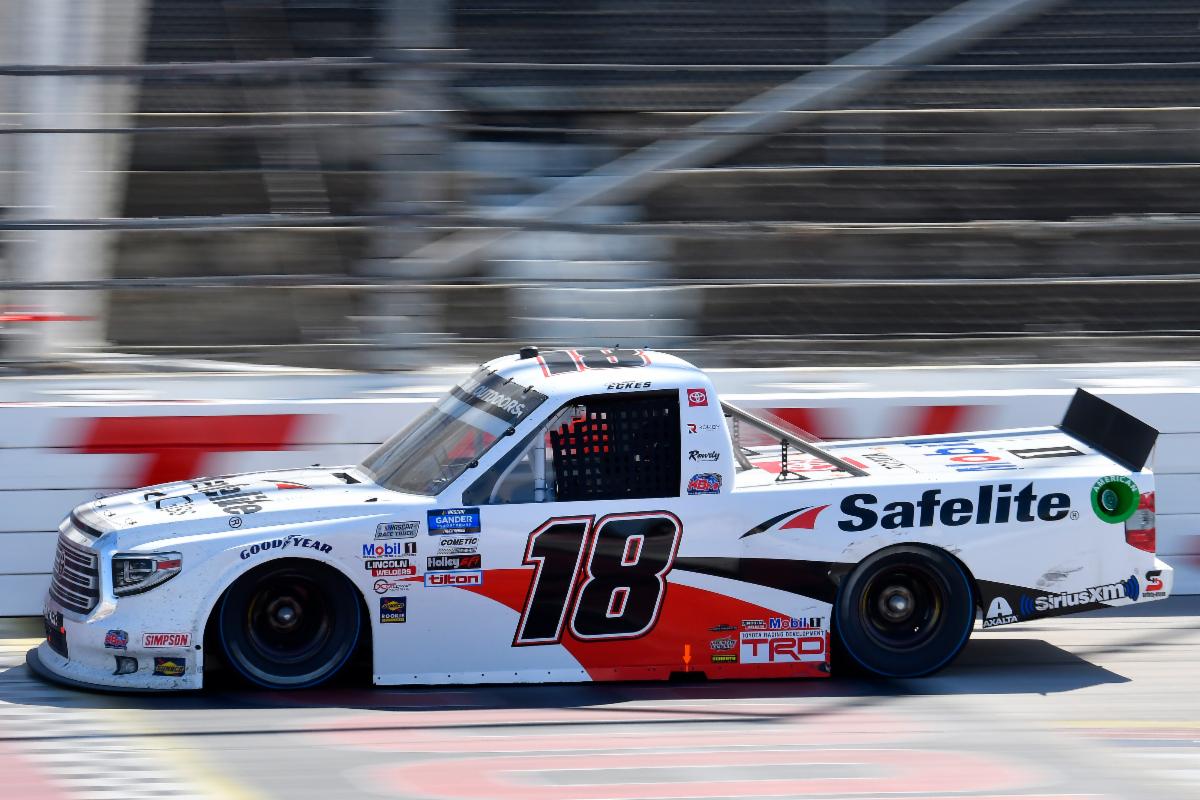 Christian Eckes clinched a spot in the NASCAR Gander RV & Outdoors Truck Series with a fifth-place finish in Sunday’s race at Darlington Raceway. Eckes sits sixth in the point standings and eighth on the playoff grid, but currently has a 62-point cushion over the cutoff line with just one regular season race remaining.

It was your first race here. How was your run today at Darlington Raceway?

“Yeah, we had an okay race. We executed really well the last few weeks and we didn’t have a good result, so it’s definitely a lot better than where we were. So, fifth place is still okay, but not good enough. We need to be a little bit better, but overall, it was a good day for execution for this Safelite Toyota team.”

You clinched a Playoff spot with your performance today. What is your focus for Richmond knowing that you have locked in a playoff spot?

“At the end of the day, we can’t really move any further ahead unless we win a race. Our full intent is to go and contend as hard as we can and be as aggressive as we can to go get a win, so we can get some Playoff points. Definitely makes it a little bit less stressful going into Richmond, and definitely gracious for that. We will just go and race the heck out of them.”

Eckes, the rookie of the year candidate, remained sixth in the Gander Trucks point standings. With one race remaining in the regular season, he sits 95 tallies behind points leader Austin Hill. The driver of the Safelite Tundra sits eighth on the 10-driver playoff grid but has already clinched a playoff spot based on points.

Eckes will be back behind the wheel of the No. 18 Safelite Tundra when the NASCAR Gander RV & Outdoors Truck Series resumes action on Thursday, Sept. 10 at Richmond (Va.) Raceway. Live coverage of the ToyotaCare 250 will be on FS1, Motor Racing Network and SiriusXM at 8 p.m. ET.