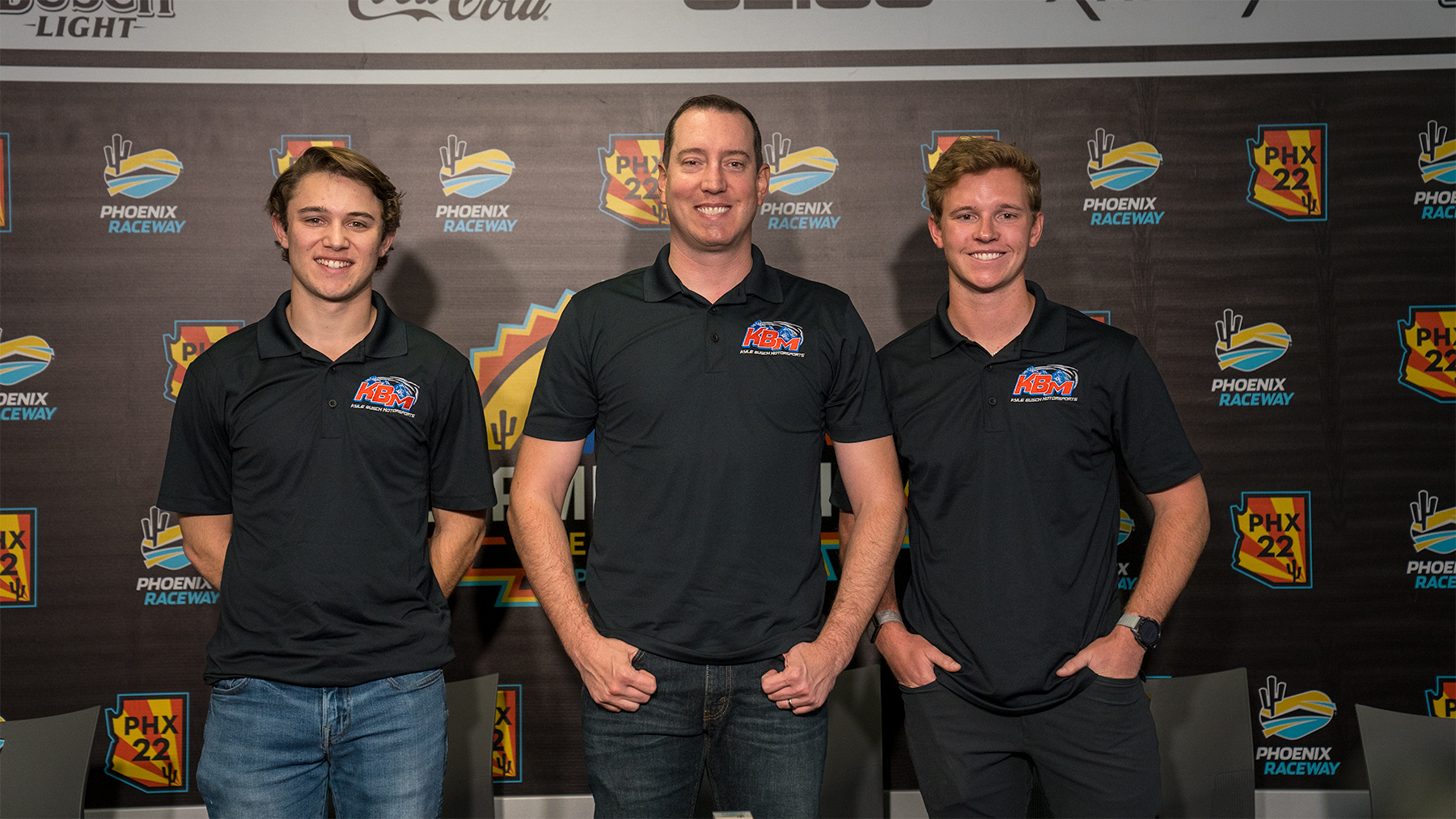 Kyle Busch Motorsports (KBM) announced today that it will field two full-time teams in the NASCAR Craftsman Truck Series for the 2023 season. Chase Purdy will compete for the driver’s championship in the No. 4 Chevrolet as part of a multi-year deal, while Jack Wood will compete in a minimum of 10 races alongside KBM owner-driver Kyle Busch and other later to be announced NASCAR Cup and Xfinity Series drivers as part of the team’s owner’s championship effort with the No. 51 Chevrolet. Additionally, KBM has formed a technical alliance to support Rev Racing’s expansion into the Truck Series with 2022 ARCA Menard’s Series champion Nick Sanchez driving the No. 2 Chevrolet.

Purdy finished fourth in the 2018 ARCA Menard’s Series championship standings after recording 84 laps led, 10 top-five and 14 top-10 finishes before turning his focuses to finishing his education at the University of Mississippi in 2019. He returned to racing full-time in in 2021, moving up to the NASCAR Camping World Truck Series. Across 51 career Truck Series starts, the 22-year-old driver has produced 17 laps led and five top-10 finishes. The Mississippi native earned the 2017 NASCAR K&N Pro Series East rookie of the year honors and finished fourth in the championship standings after posting four poles, 200 laps led, five top-five and eight top-10 finishes across 14 starts.

“I’m thankful for the opportunity to get behind the wheel of the No. 4 truck and my goal is to join the long list of winners that KBM has produced,” Purdy said. “KBM has great people that build really fast trucks and I’m confident we can do big things together the next two seasons. I appreciate everyone involved that helped put me in this position and I can’t wait for next season to start!”

Wood finished ninth in his ARCA Menards Series debut at Daytona (Fla.) International Speedway in 2021 and recorded one top-five and four top-10 finishes across eight starts that season. He was elevated to the Truck Series in May of 2021, where he posted one top-10 and three top-15 finishes while competing in 12 of the last 13 races on the schedule. He returned to full-time Truck Series action in 2022 and currently ranks third in the Sunoco Rookie of the Year standings.

“Growing up racing on the west coast I never would’ve dreamed that I’d be racing for Kyle Busch Motorsports and sharing a truck with Kyle — it’s truly the opportunity of a lifetime and I can’t even put into words how excited that I am,” Wood said. “To have the chance to learn from arguably one of the best to ever do it is going to be an incredible experience for me and I’m extremely thankful to everyone at Chevrolet and KBM that made this possible. I know that I have a lot of hard work ahead of me, but KBM will be surrounding me with everything I need to continue to grow as a driver and I can’t wait to get started.”

“Obviously there will be a lot of change at KBM in 2023, but our goal as an organization remains the same that it always has been and that’s to go out and win races and provide the young drivers in our lineup everything they need to reach their full potential,” Busch said. “We have the right people in place to be able to accomplish those goals for our two trucks as well as being able to provide technical support to Rev Racing as they expand into the Truck Series and create a pipeline for young drivers in their program to advance their careers to the next level.”

Further announcements on the driver schedule for the No. 51 team as well as crew chiefs and sponsors for both teams are forthcoming.

Since debuting in 2010, Kyle Busch Motorsports (KBM) has quickly established itself as one of the most successful teams in all of NASCAR. Owned by two-time Cup Series champion Kyle Busch and fueled by his passion for winning, the organization holds the Camping World Truck Series records for most career wins (98) and most wins in a single season (14 in 2014). In addition to collecting a series-record seven Owner’s Championships, the organization has produced two championship-winning drivers: Erik Jones (2015) and Christopher Bell (2017).

KBM prepares a fleet of race-winning vehicles out of its state-of-the art 77,000-square-foot facility in Mooresville, N.C. Fans can stay up-to-date with all the latest KBM news online at www.KyleBuschMotorsports.com, by liking the team on Facebook (KBMteam) and by following the team on Instagram (KBMteam), and Twitter (@KBMteam).