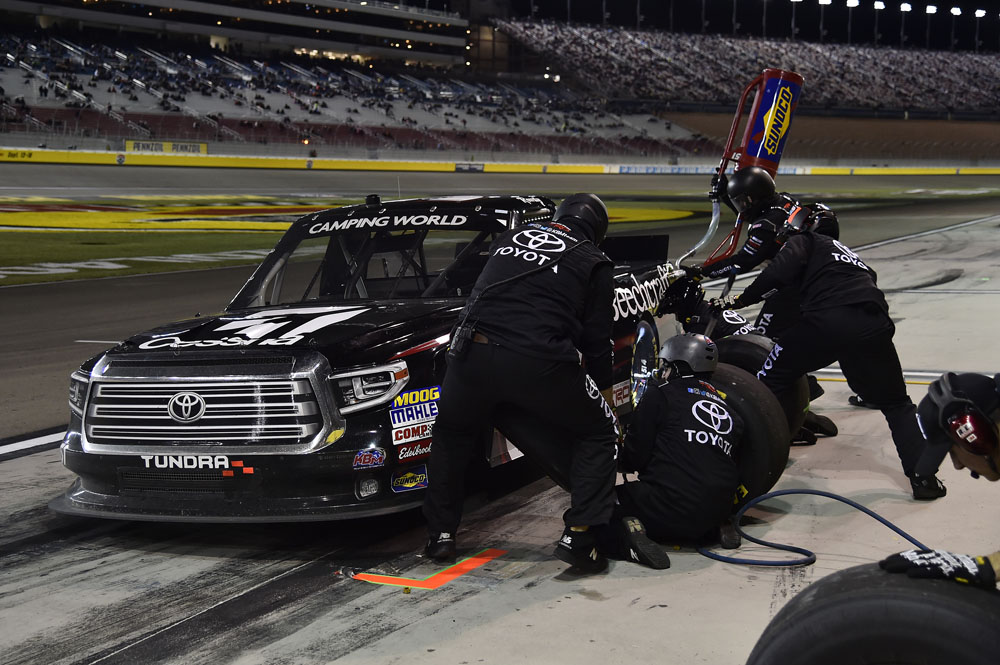 What are your thoughts on tying and/or breaking the NCWTS win record?

“If it happens, it happens. Everybody asks me about it each week so I am well aware of it. We gave up a chance to win at Atlanta (Motor Speedway) and we did win at Las Vegas (Motor Speedway) and finished second last week at Kansas (Speedway). We have a pretty good run going of good finishes and have done a good job. All of Kyle Busch Motorsports seems to be doing a good job. I’m really pumped and excited for what Rudy (Fugle, No. 18 crew chief) has been able to lead this company to and what the other crew chiefs are doing in his footsteps as well. I still have Charlotte (Motor Speedway) and Pocono (Raceway) in the No. 51 this season to see if I can tie or break the win record. I am looking forward to my remaining races.”

KBM-050: The No. 51 Cessna team will race KBM-050, for Friday’s North Carolina Education Lottery 200 at Charlotte Motor Speedway. Busch won with this Tundra in its debut at Las Vegas in March.