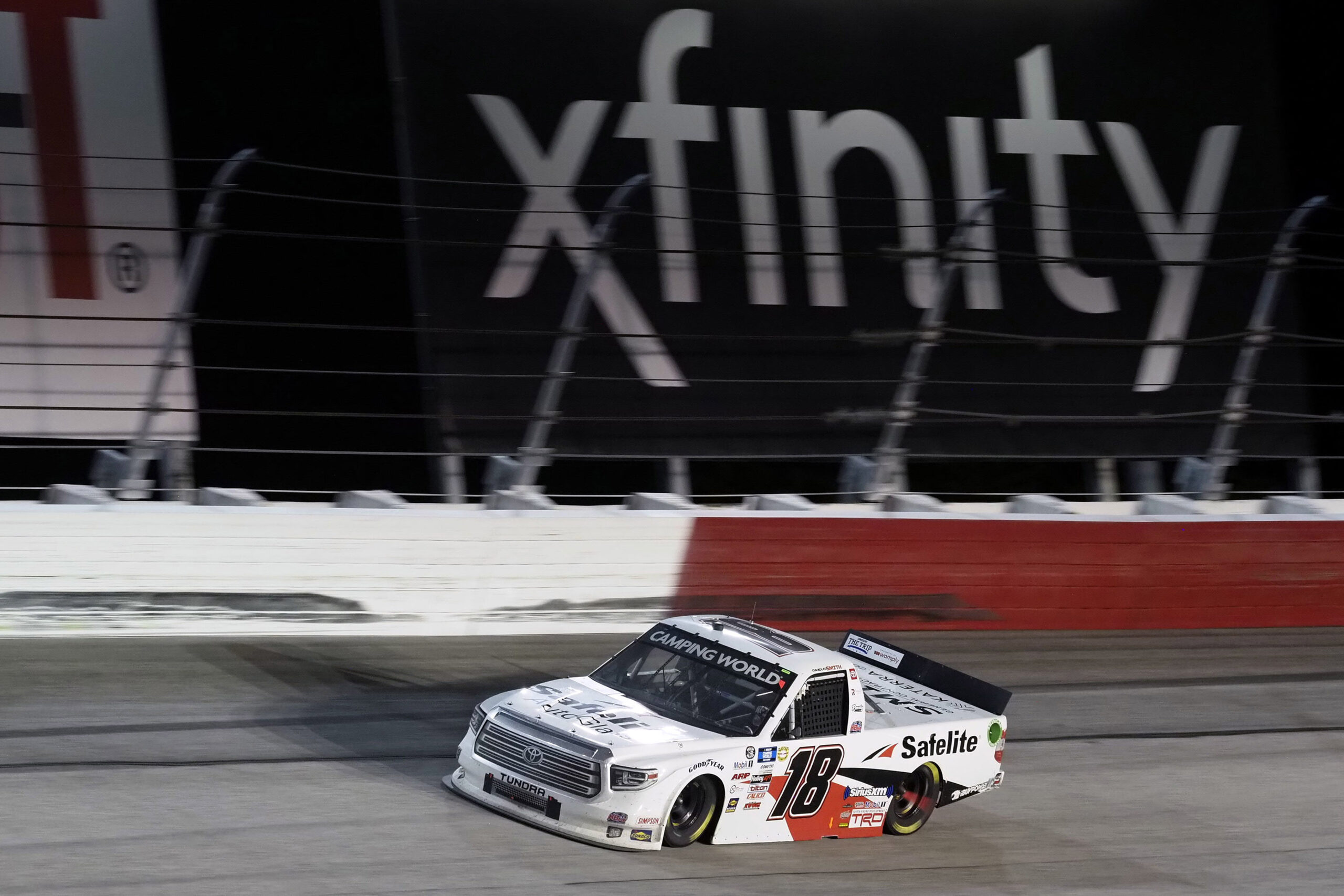 Chandler Smith had a fast Safelite AutoGlass Tundra in Friday night’s LiftKits4Less.com 200 at Darlington Raceway, but saw a top-five run derailed when he got caught up in a 17-truck pileup on the frontstretch late in the race.

Despite numerous tries to repair the No. 18 Toyota, Smith would end his night in the garage and be credited with a 27th-place result.

Smith will be back behind the wheel of the No. 18 Safelite AutoGlass Tundra when the NASCAR Camping World Truck Series resumes action Saturday, May 20 at Circuit of the Americas in Austin, Texas. Live coverage of the Toyota Tundra 225 will be on FS1, Motor Racing Network and SiriusXM at 1 p.m. ET.