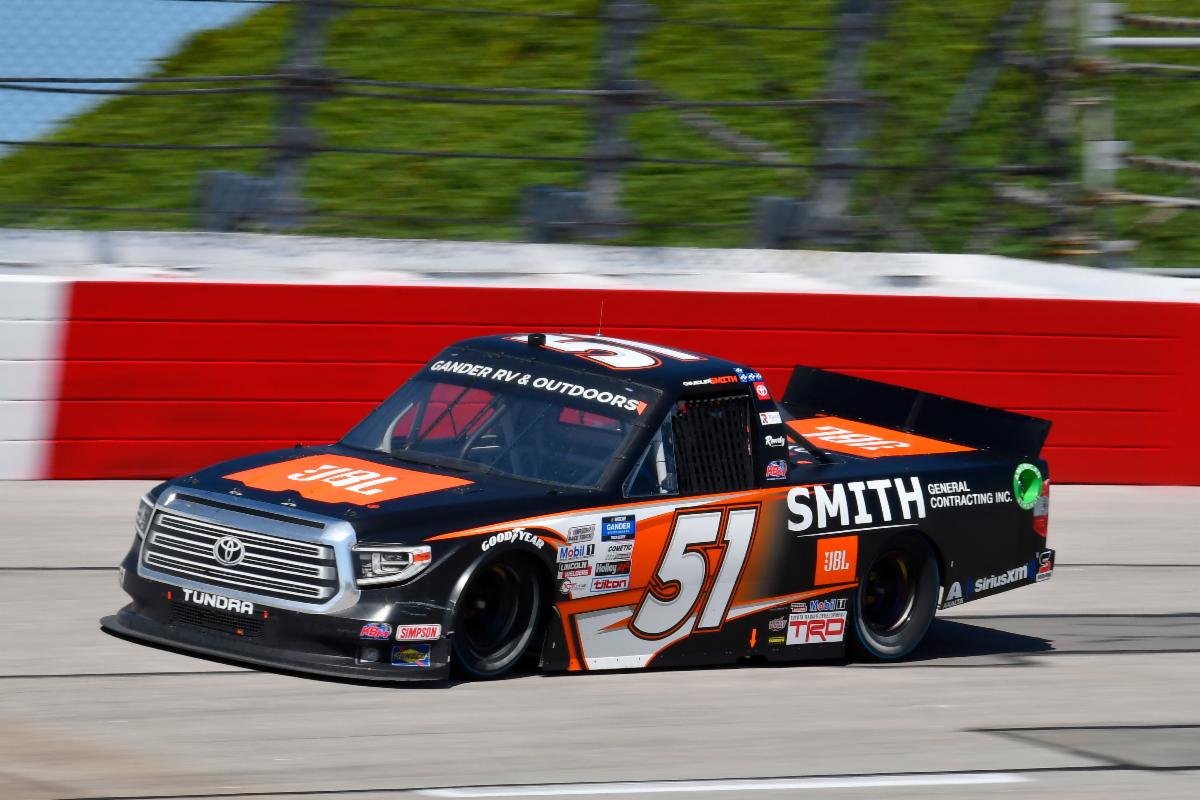 Chandler Smith was having a text-book day in his first start at Darlington, racing the racetrack and moving forward as the race went along, until a loose wheel under green-flag conditions left him with another disappointing finish. Smith, making just his ninth career NASCAR Gander RV & Outdoors Truck Series start, had maneuvered his way up to the sixth position with just under 20 laps remaining when he reported a bad vibration. As the condition worsened, he was forced to pit road and would end the day a lap down in the 23rd position.

Chandler Smith, driver of the No. 51 JBL/Smith General Contracting Tundra for KBM:

How did your first start at Darlington go?

“Had a solid run going for my first time at The Lady in Black. We were up to sixth with 20 to go and then had a loose right-front wheel and had to pit under green. The team is bringing me really good Tundras and we have some good momentum going, we just need things to go our way for once.”

The No. 51 team ranks eighth in the Gander Trucks owner’s championship standings. With one race remaining in the regular season, the No. 51 team sits 141 tallies behind the No. 16 team and is ninth on the 10-driver playoff grid, 16 points above the cutoff line for making the owner’s playoffs.

Smith will be back behind the wheel of the No. 51 JBL/Smith General Contracting Tundra when the NASCAR Gander RV & Outdoors Truck Series resumes action on Thursday, Sept. 10 at Richmond (Va.) Raceway. Live coverage of the ToyotaCare 250 will be on FS1, Motor Racing Network and SiriusXM at 8 p.m. ET.