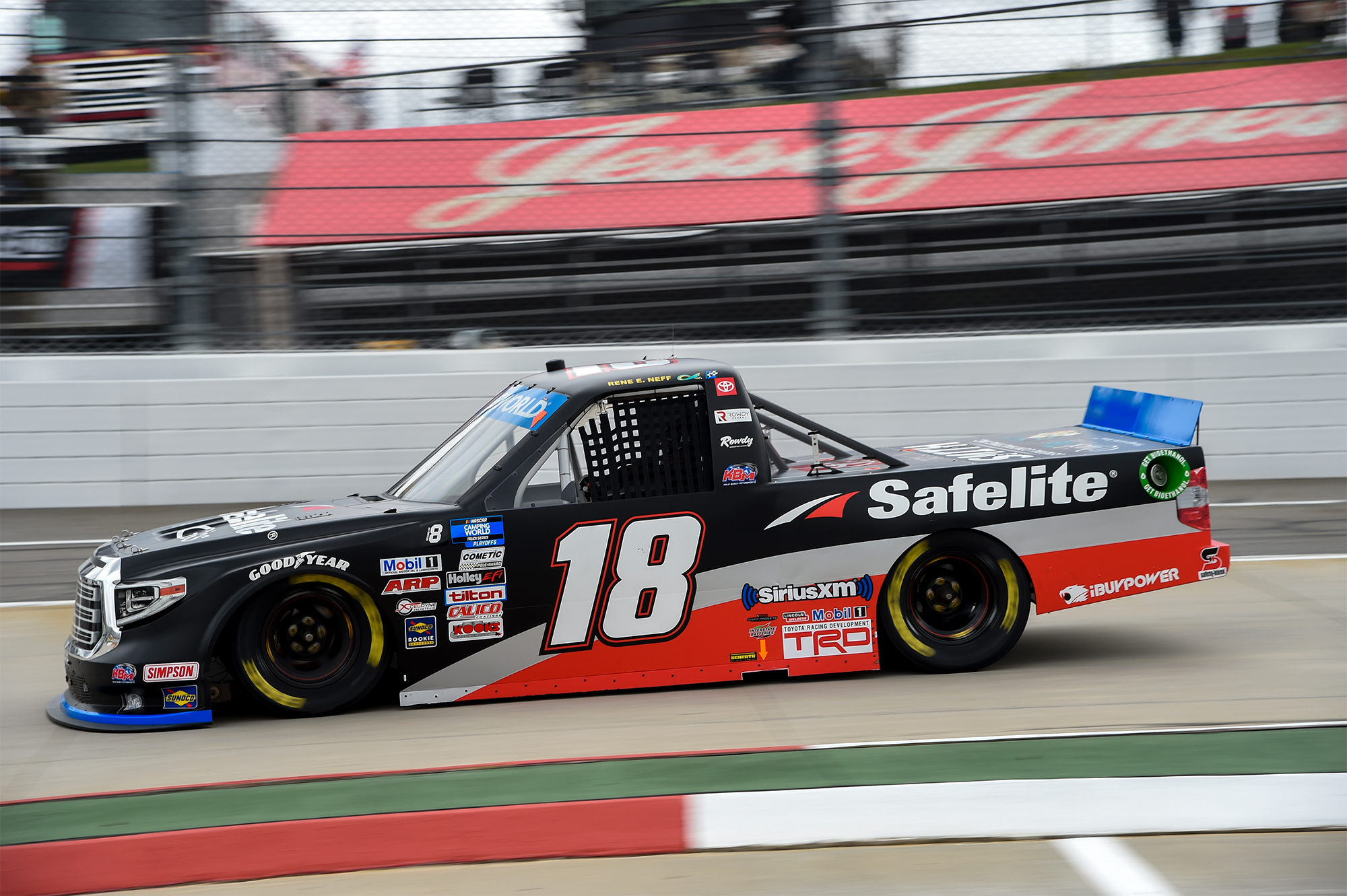 Chandler Smith’s bid for a spot in the NASCAR Camping World Truck Series Championship 4 came up three spots short when he finished fourth at Martinsville Speedway Saturday. Smith entered the event 34 points below the cutoff line for advancing to Phoenix, making it nearly a must-win situation on Saturday.

Smith battled a tight-handling Safelite AutoGlass Tundra throughout the event but found himself battling inside the top five for the final 50 laps of the race that extended into NASCAR overtime. In the end, a fourth-place finish was all the 19-year-old driver could muster in his first career start at “The Paperclip” and he ended the Round of 8 50 points below the cutoff line for advancing to next week’s championship race at Phoenix.

The Toyota Racing product is still in a close battle with Carson Hocevar for the Truck Series Rookie of the Year title. Smith enters Phoenix three points ahead of Hocevar for the honor.

Smith finished the Round of 8 50 points below the cutoff line for advancing the Championship 4. With the reseed of points, he currently sits in eighth and can advance as far as fifth based on the Phoenix results. He sits seven points ahead of Carson Hocevar for the Rookie of the Year title.

Smith will be back behind the wheel of the No. 18 Safelite AutoGlass Tundra when the NASCAR Camping World Truck Series resumes action Friday Nov. 6 at Phoenix Raceway. Live coverage of the event will be on FS1, Motor Racing Network and SiriusXM at 8 p.m. ET.